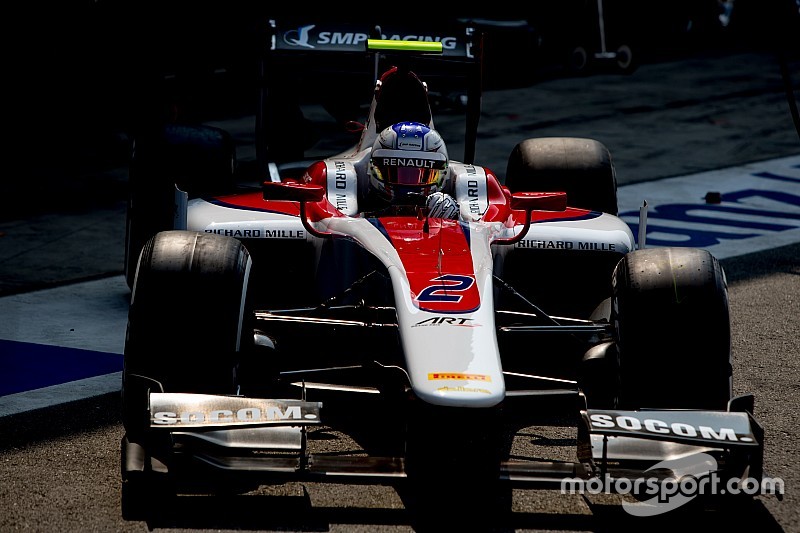 Motorsport.com columnist Sergey Sirotkin talks about a very difficult GP2 weekend at Monza, which yielded no points and did serious damage to his title chances.

This past outing at Monza simply did not live up to expectations. We were blighted by gearbox issues and other unfortunate events but, in the end, the pure speed was not there.

In all honesty, the weekend was looking bleak from the get-go as we didn't run too well in the Friday practice. We were 11th on the timing screens, a distinctly average and yet very representative outcome. And, unfortunately, we could not find much in the way of laptime gains ahead of qualifying.

In the pole shootout, I ended up ninth, 0.6s off pole position. Just like at Spa-Francorchamps, the pace to fight the leading cars was not there. Circumstances had nothing to do with it – we just weren't on the same level, pace-wise.

The balance changed somewhat in qualifying, in switching from mediums to softs, but that doesn't explain everything. We, likewise, had balance issues in qualifying at Hockenheim and yet that did not stop us from taking pole.

Here, the deficit wasn't easily accounted for, it was clearly something major. And we're not yet sure what it is exactly.

The Saturday feature race at Monza has gone down as one of the most distinctly unpleasant races I've had in my career. I didn't exactly feel like a passenger of sorts, but couldn't really get much done.

The start was great and I gained a few spots but that was were the upsides ran out.

Soon, we were struggling to shift gears. The speed sensors on the rear tyres stopped working and the engine control programme was sometimes not allowing the gear changes to go through.

At certain points in the race, I found myself stuck in gear – you could see that I occasionally had to move to the side on the straights, just to avoid being hit by faster cars.

Sometimes the gears would take a while to change, other times I'd have to press on the paddle three or four times.

At Monza, that kind of thing results in an absolutely catastrophic loss of pace. Making up ground was out of the question, and even keeping cars behind was difficult. We were losing out on the straights, and it was far from perfect through the corners as well.

I just tried to nurse the car home, and that whole race left an extremely sour impression.

When it rains, it pours

On Sunday, we thought we could make the car better – and indeed, there were improvements. But not only did Saturday's sensor issues come back, but other sensors started malfunctioning as well.

At the start, the GPS sensors, which are controlled by the series and allow to monitor the car's location on-track, started to break down. If that hadn't been sorted, I would have lost DRS for the race – so I had to jet to the starting grid immediately after the first installation lap, so that my mechanics could take the seat out of the car and change what needed changing.

In the race itself, it was again a nice start – and, again, that was about it for positives. I dropped back during VSC because the driver ahead slowed so much as if it was an actual safety car period.

Now adrift of the pack, I ran without DRS and continued to suffer the same gearbox issues that wrecked our race on Saturday. We did get better in the corners, so the pace was fine, but we couldn't make much inroads.

And that's all there's to tell. To be honest, I did expect a much better weekend heading into Monza, but everything went wrong – and, most worryingly, the pace wasn't really there.

Perhaps, the fact that the engine in the car is approaching the end of its lifespan was a factor. I can't be certain, as we don't have access to other teams' telemetries, but around a third of the cars on the grid had an engine change right before Monza. Maybe that had something to do with the outcome.

Either way, there isn't much sense in mulling over this past weekend. It's on to Sepang now, in a month, and I'm not really keen on making any predictions for that.