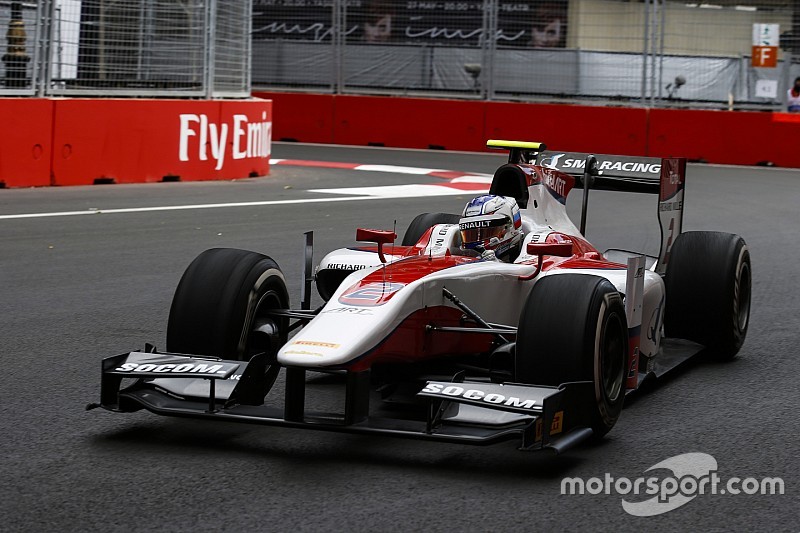 Renault F1 reserve driver Sergey Sirotkin will reunite with ART Grand Prix for this weekend's Formula 2 round on the streets of Baku.

Sirotkin, who drove F2's current Dallara GP2/11 car in the series' predecessor GP2 in 2015 and 2016, will step in for ART regular Alexander Albon.

F2 rookie Albon, who graduated to the series after finishing runner-up in GP3 last year, scored points in all six races of the campaign so far and currently sits sixth in the standings.

Albon is understood to have suffered a collarbone fracture in a bicycle training accident two weeks prior and is expected to return to the car for the Austria round.

“First and foremost, I would like to wish a swift recovery to Alexander Albon,” Sirotkin said.

“I am very happy to be back behind the wheel of the F2 car. I had two great years in the championship and when ART asked me, I happily agreed to take part in the Azerbaijan round.

“I am thankful to SMP Racing founder Boris Rotenberg and Renault team boss Cyril Abiteboul for the opportunity. Before the start of the season, I did not expect that I would be competing in the Le Mans 24 Hours and returning to Formula 2 in addition to my reserve driver duties.”

Sirotkin, who was a Sauber F1 test driver in the past and has been part of the Renault F1 set-up since 2016, won three GP2 races across his two seasons in the category.

He was third overall in his rookie season with Rapax and finished his sophomore campaign in the same place after moving to ART.

In GP2's Baku 2016 round, which accompanied the venue's inaugural F1 grand prix, Sirotkin finished on the podium in both races.