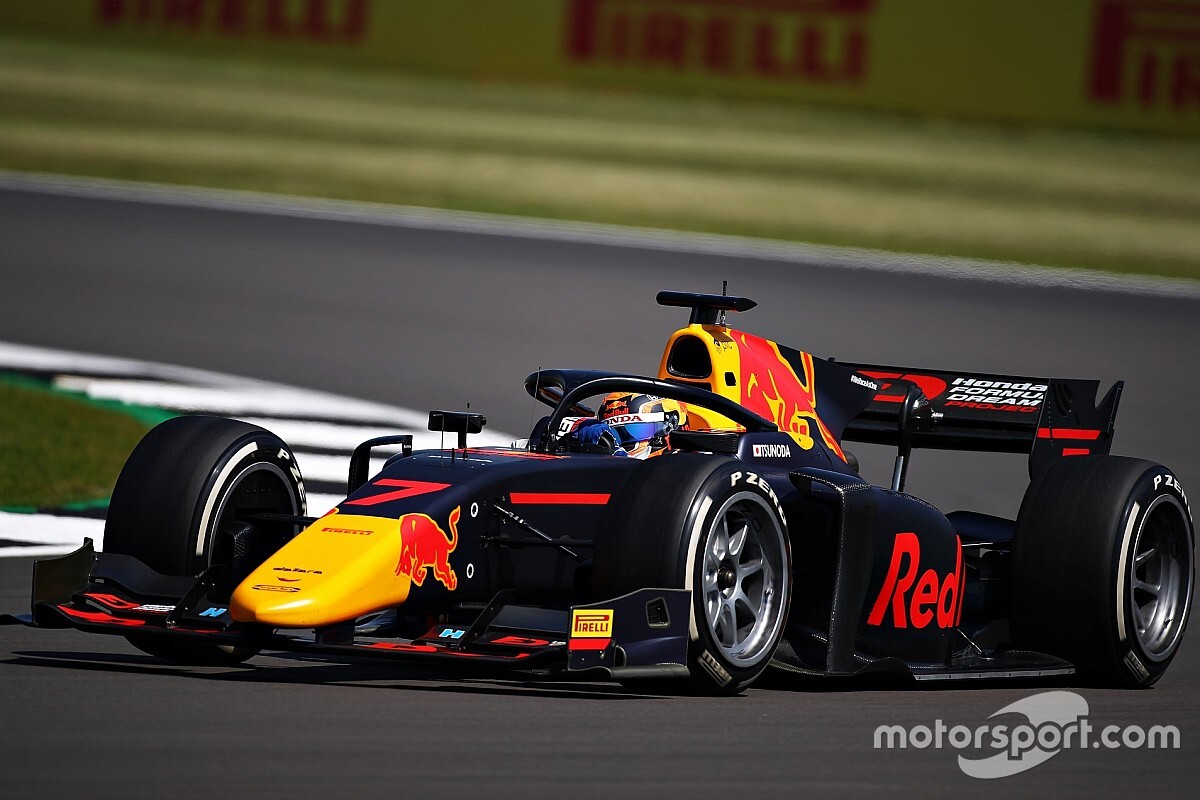 Honda protege Yuki Tsunoda led a one-two for Carlin in free practice for this weekend's Silverstone FIA Formula 2 round, nearly half a second up on teammate Jehan Daruvala.

Tsunoda, who came close to a first F2 victory in the wet at the Red Bull Ring earlier this month but finished second after a radio problem, took control of the timesheets with a 1m40.879s just under 15 minutes into the 45-minute session.

The Japanese driver then improved to a 1m40.563s, which would go unchallenged to the chequered flag, albeit suffering a scare when he spun at Brooklands with 15 minutes to go.

In the end, Tsunoda concluded the session with 0.470s in hand over Daruvala, who in turn was just 0.030s faster than MP Motorsport driver Felipe Drugovich in third.

Christian Lundgaard briefly topped the times early in the session on a 1m41.512s, which proved good enough for ninth by the finish ahead of ART teammate Marcus Armstrong.

Mick Schumacher was 11th fastest in the best of the Prema Racing cars, albeit 1.1s off the pace. His points-leading teammate Robert Shwartzman was a further three places back in 14th.

HWA driver Giuliano Alesi failed to complete a representative lap after an early spin coming through Abbey and Farm, which prompted a Virtual Safety Car period.

Formula 2 adds Sochi round to 2020 calendar