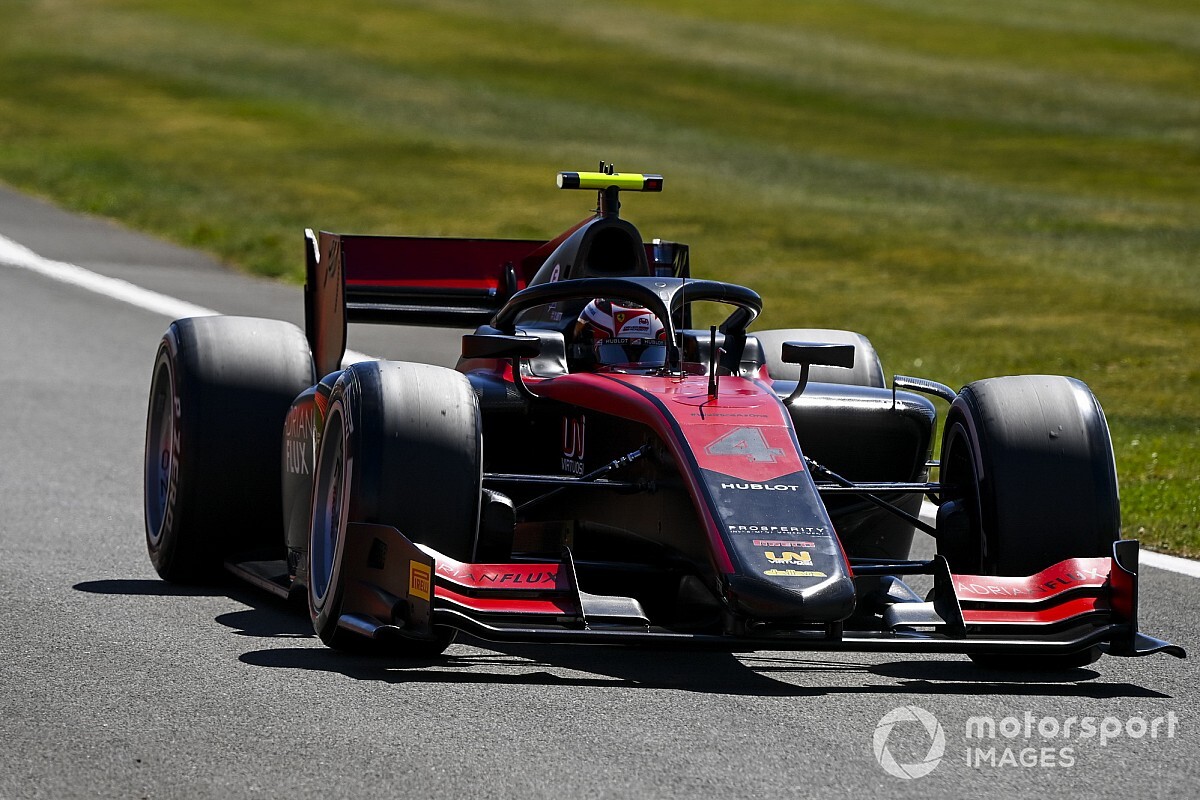 Ferrari junior Callum Ilott vaulted into the lead of the 2020 Formula 2 drivers’ championship with a supreme feature race win at Silverstone.

Virtuosi driver Ilott comfortably led away from pole position – managing to avoid stalling his car, which cost him a front-row start last Saturday – and switched to the hard tyres from on lap seven of the 29-lap race.

Ilott held a small advantage over Renault junior Christian Lundgaard before he made his pitstop, but after emerging from the pits, he was able to build a lead of over eight seconds in just a few laps.

This extended to over 10 seconds when ART Grand Prix’s Lundgaard ran off the track at Brooklands with just a handful of laps to go.

Lundgaard clawed back a small amount of time, but he could do nothing to prevent Ilott taking his first F2 win since triumphing in the season-opener at the Red Bull Ring.

Williams F1 reserve driver Jack Aitken finally claimed his first podium of 2020 following a difficult opening to his third year in the championship with Campos Racing.

Hitech’s Nikita Mazepin, who won last Saturday’s feature race at Silverstone in dominant fashion, was the leading driver on the alternative strategy in fourth place.

Charouz Racing System’s Louis Deletraz charged from ninth on the grid to finish in fifth place, repeating his audacious move at the Vale chicane from last week on two separate occasions.

“Next time he [Deletraz] pulls a kamikaze move like that, I’m going to crash with him. I’ll never give him that much respect ever again,” Ticktum fumed to his DAMS team.

Ticktum was running in second place by the end of the opening lap but struggled with tyre wear issues and slumped to 15th place at the chequered flag.

Deletraz lost fourth place to Mazepin on the final lap at Brooklands but fended off the advances of Red Bull junior Yuki Tsunoda, who had to settle for sixth place.

Ferrari junior Mick Schumacher led the early stages of the race on the alternative strategy, but faded to finish in seventh place, just ahead of his Prema teammate Robert Shwartzman.

After a point-less weekend, Shwartzman picked up four points for his eighth-place finish but lost the championship lead to fellow Ferrari protege Ilott.