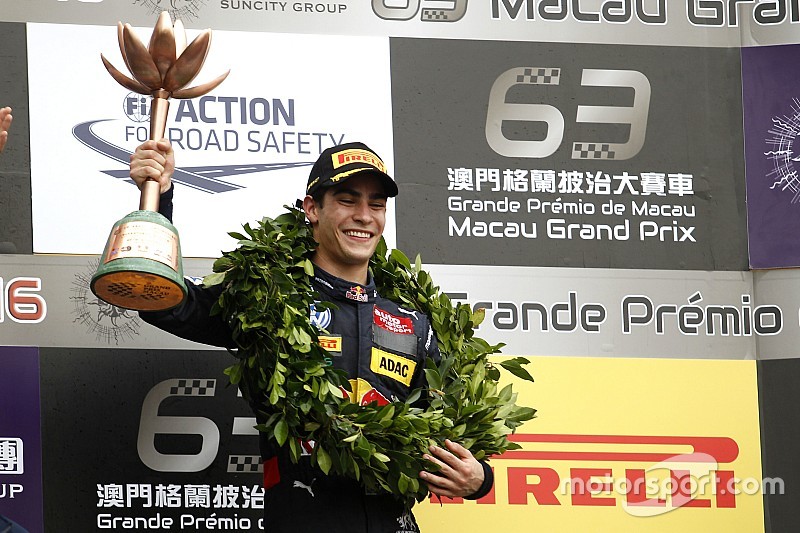 Red Bull-backed Formula 3 racer Sergio Sette Camara will step up to the GP2 Series in 2017 with the MP Motorsport team, it has been announced.

The 18-year-old Brazilian has spent the last two seasons racing in the FIA European F3 series, where he ended up 11th overall this season with two podium finishes driving for Motopark.

Now he moves up to GP2 to join MP Motorsport, which has fielded Oliver Rowland and Daniel de Jong this season, although it remains unclear whether he will take his Red Bull backing with him.

“I am extremely happy to announce that next year I will be competing in the GP2 Series”, said Sette Camara. “It is a very competitive category with sensational cars.

"The teams are very professional, and all drivers are very fast and talented. It is a big step in relation to F3 on a platform where I can learn a lot, I can't wait to sit in the car and start to push.

“In addition to acquiring knowledge I believe I can show some kind of result next year. MP Motorsport is a truly great team, racing for many years, and I believe this whole experience will assist me in the quest for mileage and the results I expect.

"I am grateful for the opportunity to compete with the team and I hope soon I can get closer to my trajectory towards F1.”

Sette Camara will get his first taste of MP's GP2 car in next week's post-season test in Abu Dhabi, where he will drive for his new employers on all three days.

MP Motorsport's Sander Dorsman said of Sette Camara: “He’s undoubtedly one of the hottest prospects coming into GP2 next year, incredibly quick, and everyone at MP Motorsport is very pleased to be working with him.

"To have the deal completed so early, ahead of the post-season test next week, is perfect for all of us and gives everyone the best possible chance to prepare as strongly as we can for Sergio’s GP2 race debut in 2017.”

While Sette Camara's future on the Red Bull junior scheme is in doubt, it was confirmed over the Abu Dhabi weekend that Niko Kari, another driver to race in the Austrian firm's colours in F3 this season, will stay on board in 2017.

The Finn will move across to GP3 full-time, having already made his series debut earlier in the year for the Koiranen GP squad at Spa, although it is not known which team he will race for at this stage.