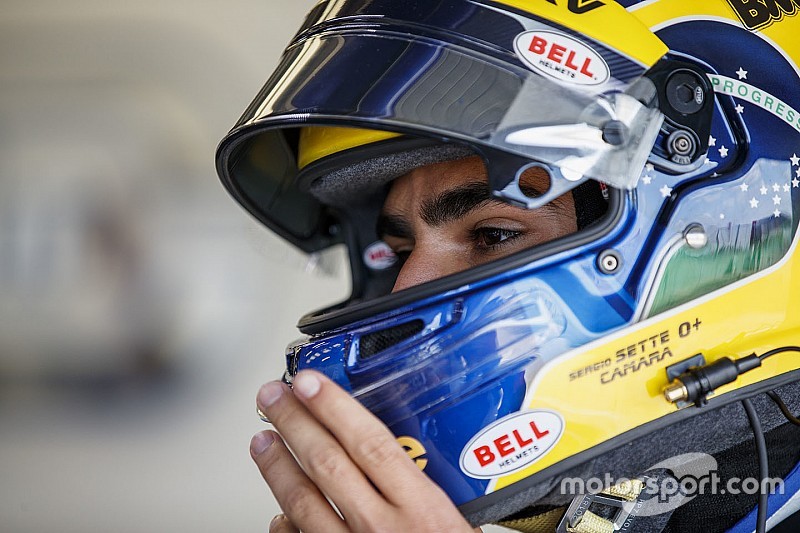 Aitken and Nyck de Vries had topped the session at various points, and the former's last flyer looked enough to secure pole position.

But Brazilian Sette Camara – who has been the most consistent and unlucky driver in equal measure this season - went marginally quicker with just two minutes to go in his Carlin-run car.

Aitken, who'd ended his run earlier and was already in the pits when Sette Camara improved, held on to second, with de Vries placing third.

The Dutchman was left to rue a poor first sector on his last attempt to wrest pole, and had also stalled exiting the weighbridge earlier in the session.

The man on pole for the last three events, George Russell, declared over the radio: “Sorry guys, I f***ed that up there.”

He could only deliver fourth, despite topping the earlier practice session.

Luca Ghiotto was fourth in practice and followed it up with a fifth in qualifying for Campos Racing, ahead of Lando Norris.

The McLaren Formula 1 junior was on a late flyer at the same time as teammate Sette Camara, but couldn’t improve and will start two spots behind title rival Russell.

Artem Markelov was scrappy in practice but delivered seventh in qualifying with his Russian Time-run car, ahead of Trident’s Arjun Maini who showed flashes of pace throughout, but couldn’t combine that into a scorcher.

Tadasuke Makino recovered from a crash at Turn 3 in practice to get out in qualifying, but brought up the rear in 20th