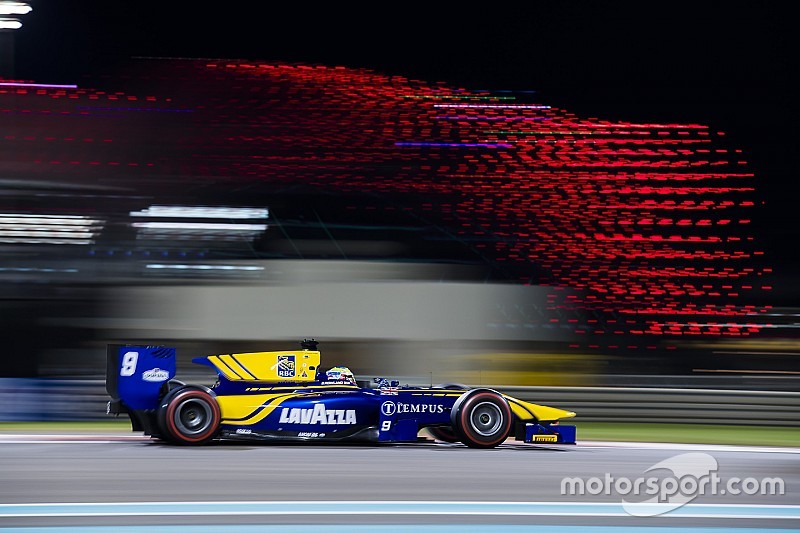 Oliver Rowland and Antonio Fuoco have lost their first and third places in Formula 2 feature race at Abu Dhabi after their cars failed to pass post-event scrutineering.

Rowland, also disqualified for a technical infringement at Spa-Francorchamps Race 1, “finished the race with a skid block which was below the prescribed thickness in the technical regulations,” according to an F2 statement.

Fuoco was disqualified because his car was found to have finished the race with “front tyres [that] were below the minimum specified tyre pressure.”

The sanctions mean that Artem Markelov is now the official winner of the feature race, with Leclerc second and the second Russian Time driver Luca Ghiotto also promoted to the podium.

The decision also secured Markelov the runner-up spot in the standings, as he is 17 points ahead of Rowland.

Even if Rowland, who will start the sprint race from the rear of the field along with Fuoco, were to gain the 17 points on offer in tomorrow’s race, Markelov would hold on to second place due to having more wins.

The disqualifications also mean that Russian Time is on 375 points in the teams’ championship, 20 ahead of Prema and 30 ahead of DAMS with just the Yas Marina sprint race to close out the 2017 season.