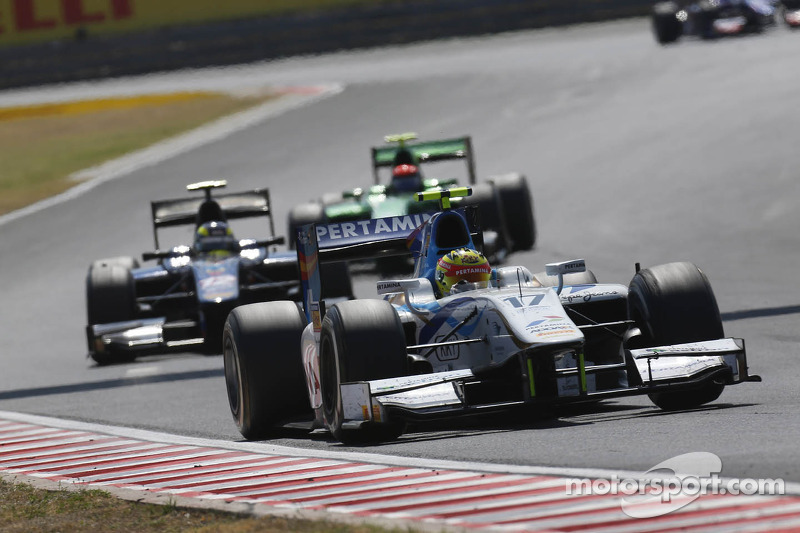 It was a hard fought weekend but despite all the good work Barwa Addax Team was just a small push away from getting in among the points after the performances of Rio Haryanto. The team is proud of Jake Rosenzweig who kept fighting his way bravely through the field against adversity. 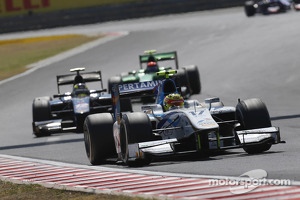 Rio Haryanto, was not able to shine in free practice but all that changed in qualification when the driver started to show signs of his true form, setting the eighth fastest time and with the feeling that it could have been better. Unfortunately he had problems at the start of the first race, which left him in a lowly 16th position. Trapped in the middle of the main peloton of drivers, the team decided to make an early pit stop, one of the first to do so. He managed to improve on his placing but the risk of boxing so early left him with his tyres extremely deteriorated for the last third of the race. He finished the race 11th just outside the points scoring positions. In Sunday’s shorter sprint race he was able to make up one place but was then completely held up by Richelmi who decided like all around to defend his position looking after the tyres at the same time.

Jake Rosenzweig, in free practice ended up among the backmarkers at the end of the stint. It was his first experience on this technically demanding circuit. However, he was able to improve in qualification to a mid table position, after a very good set up. He held on to his position in the first race and was growing in confidence with every lap until, with only 4 laps to go, he was struck from behind on one of the bends by Abt, for which his rival was sanctioned.

The collision forced the young American to spin off the track and his race was over. It was a real shame because it made him lose almost ten places for the second race. All the hard work in getting used to the track and posting times to compete with those looking to get into the points, all gone to waste, meaning he would have to start the second race once again from the back of the grid. Nevertheless, Jake, showed what he was made of as a person and driver and focused on the job in hand and in the second race was able to make up nearly ten positions to finished halfway up the field.

Barwa Addax Team go way from Hungary without having picked up any points but are not dissatisfied with the great work carried by team and drivers. A discreet start to his first race left Rio just a step away from getting into the points in both races. Jake work very hard this weekend and is a good example to any young driver. Despite having been struck from behind, he did not speak out and complain. Instead, he put together another great fightback.

The Belgian circuit of Spa Francorchamps plays host to the next event after the mini summer break. The eighth round of the eleven that make up the GP2 Series, will take place during the weekend of 24th and 25th of August.