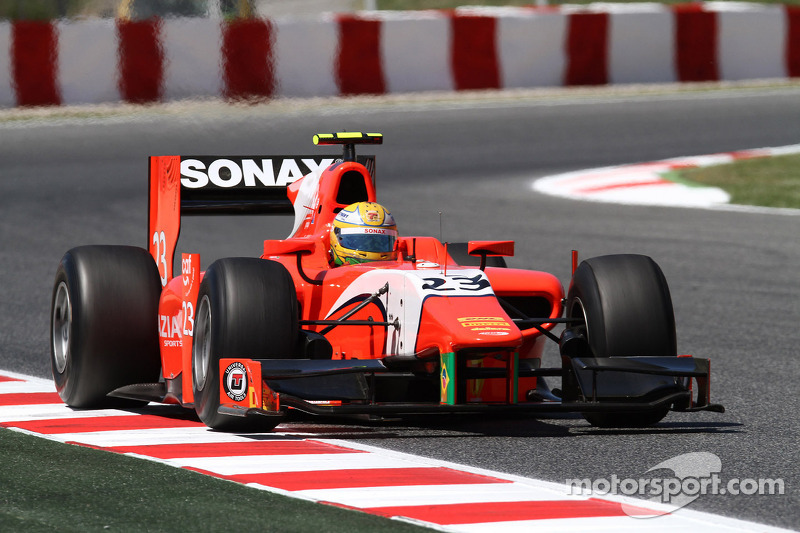 Luiz Razia has rounded out his Barcelona weekend with a crushing victory in this morning's sprint race, leading from lights to flag with a controlled drive to take the win by over five seconds from Nathanaël Berthon and Davide Valsecchi.

The victory was set up when the lights went out: poleman Razia made a smooth getaway while fellow front row starter Max Chilton bogged down and held up the pursuers for long enough to give the Brazilian an easy line through turn one, while behind him a fast starting Valsecchi couldn't quite get past Berthon and had to pull in behind to get through turn two ahead of Chilton, Giedo van der Garde and James Calado.

Calado had no time to hang around, however, and took speedy revenge on the Dutchman for stealing his win yesterday, with teammate Esteban Gutierrez following in his slipstream. Van der Garde soon blasted by the Mexican again, but he just didn't have the pace to do anything about the Englishman, who slid past countryman Chilton at the chicane on lap 4 to give himself a shot at the series points leader. 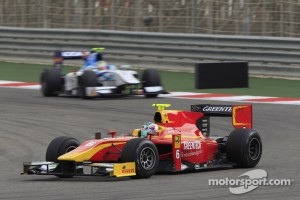 Most of the field were protecting their tyres for the race ahead, but yesterday's podium finisher Stefano Coletti clearly hadn't read the memo: he looked much faster than everyone out there and soon feinted to the inside then went around the outside of Felipe Nasr at turn one to put himself up to 7th, with Gutierrez also mugging the Brazilian at the chicane on the same lap.

Out in front Razia sailed on serenely, easily controlling the pace and pulling away from his rivals to claim a simple victory, while Berthon drove a mature race to claim his first GP2 podium. Valsecchi followed him across the line to round out the podium after hanging on against huge pressure for much of the race from Calado. Chilton had enough to hang on ahead of van der Garde and Gutierrez, who had their own private battle in the closing laps, while Coletti wrung everything out of his aging tyres to hold on for the final point.

The victory saw Razia close the gap slightly at the top of the championship standings, but Valsecchi heads to Monaco still holding the reins ahead of his Brazilian rival 129 points to 104, while Calado moves up to third place on 69 points, just ahead of van der Garde (60), Gutierrez (59) and Chilton (57) as they prepare to battle again in the Principality.