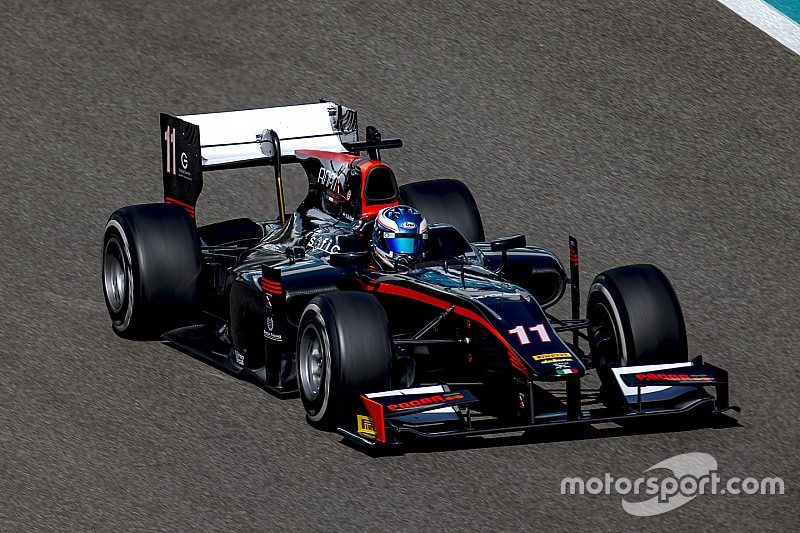 Cecotto has 119 starts in GP2 - a record that will now never be surpassed as the series has been rebranded as F2 for 2017 - while de Vries is stepping up from GP3. Both ran with Rapax in the GP2 post-season test in Abu Dhabi last year.

"Coming from the important announcement that saw the GP2 Series transition to the new FIA Formula 2 project, we are delighted to announce Nyck de Vries and Johnny Cecotto as our drivers for 2017," said Rapax managing director Andrea Bergamini.

"We worked really hard to make the two deals happen, especially after the great results scored in last December’s test at Abu Dhabi.

"In addition to their undisputed driving skills, Johnny and Nyck quickly established good chemistry with the team, laying great foundations on which to build a challenging yet already fascinating 2017 season."

Venezuelan driver Cecotto, 27, has started at least one race in each GP2 campaign since 2009 and has taken four race victories in that time.

His best championship finish is fifth place with Trident in 2014.

De Vries, 22, has been a McLaren junior since his karting days and has two junior single-seater titles to his name, in Formula Renault 2.0 Eurocup and Alps categories from 2014.

The Dutchman finished sixth in GP3 last year and was on the radar of the Ferrari GT programme ahead of the coming season, but will now continue in junior single-seaters and retain McLaren's support.

Campos “working together” with Merhi over F2 entry