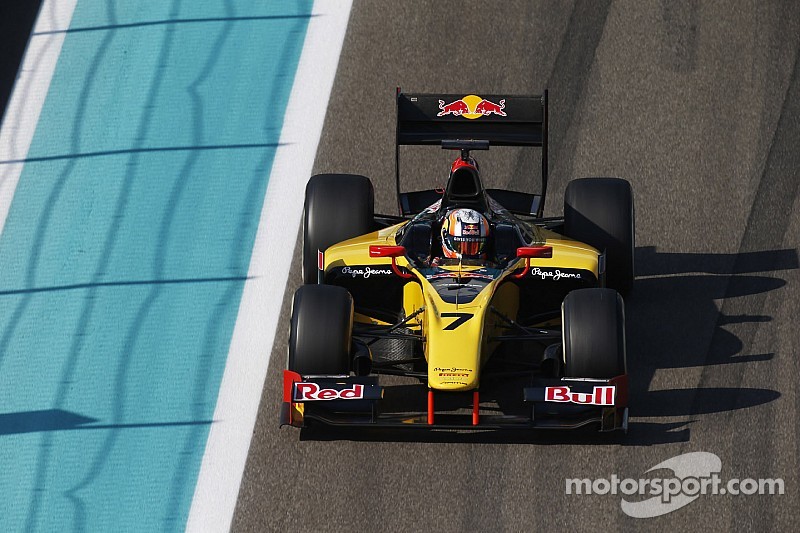 The final day of post-season testing saw once again a few changes in the field starting with Kimiya Sato joining RT RUSSIAN TIME for the day whilst Emil Bernstorff moved to Carlin.

As the track went live, the cars quickly fed onto the track with Esteban Ocon setting the early pace until Kevin Ceccon demoted him to P2. Within the first hour, Pierre Gasly who has been the quickest man over the first two days was able to lap the track in a 1:49.455, a laptime good enough to go top. Ocon and Rio Haryanto both broke the 1m50s barrier too, but they were still five tenths slower than Gasly. In the final thirty minutes of the session, Gasly improved on his personal best whilst Jordan King and Marciello also improved to move up to P2 and P5 respectively. At the chequered flag, Sergey Sirotkin, Ceccon, Binder, Lynn and Nathanaël Berthon rounded up the top ten.

The second half of the day started with Ocon setting the pace in a 1:49.654 ahead of King and Evans. First Berthon and then Rio Haryanto improved on the Frenchman’s laptime, but it was once again Gasly who found the extra pace to dip under 1m49s and claim the top spot. The remainder of the session was studious with most of the drivers on long runs. The proceedings were red flagged in the final hour after Beitske Visser stopped at turn 3 following a gearbox failure. At the chequered flag, Gasly enjoyed the honour of P1 once again ahead of DAMS teammate and rookie Ocon. Pic ended a strong P3 ahead of King, Sirotkin, Haryanto, Dino Zamparelli, Berthon, Marciello and Lynn (who caused a second red flag in the dying minutes of the session after he stopped at turn 19).

This concludes the 2014 GP2 Series season. The dates for pre-season testing and the 2015 GP2 Series calendar will be announced in due course.