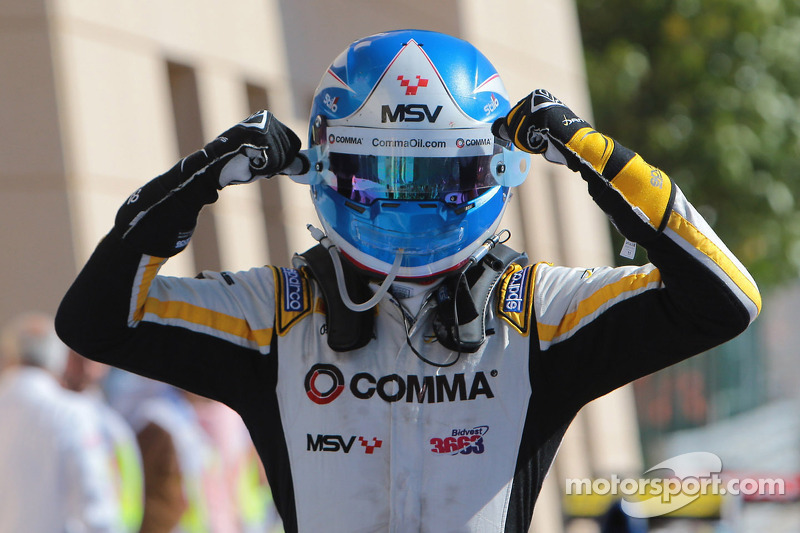 Jolyon Palmer overcame multiple safety cars and a red flag to control the Monaco GP2 Feature Race to secure his second win of the season. It was also his second win in Monaco and his fifth consecutive podium this year, extending his championship lead to 44 points.

Starting from pole position, the DAMS driver was out dragged off the line by Mitch Evans on the run down to St Devote. An early safety car neutralised the race with Jolyon in second place after the Hilmer car of Facu Regalia stopped at Tabac on lap one.

The safety car pitted on lap four and Jolyon set about snatching the lead from Evans in front, who was running on the softer compound tyre. Evans stretched out a small lead of just over a second but on lap nine Jolyon closed rapidly to be running just 0.3 seconds behind after setting the fastest lap at that point. Tucked right under Evans' wing on lap 10, Jolyon made a bold move up the inside of Evans at St Devote at the start of lap 11 and then proceeded to pull out a big lead of nearly four seconds before his advantage was wiped out by a red flag caused when the two Arden cars collided at the Fairmont Hairpin, causing a trademark Monaco traffic jam. 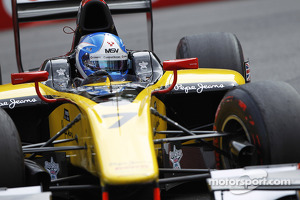 A lengthy delay ensued while trapped cars were recovered, some bump started and the grid for the safety car restart decided. To add another complication to the mix, cars were allowed to change tyres on the grid (although this wasn't considered a mandatory pit stop).

When the race resumed, Jolyon set about building a big lead, lapping with a blistering pace, at times 1.5 seconds quicker than the rest of the field with a string of fastest laps. Holding a lead of 9.3 seconds on lap 25, Jolyon's advantage was wiped out once more when the safety car was again deployed when Jolyon's immediate championship rival Julian Leal crashed at the Nouvelle chicane. Fortunately, such was Palmer's advantage over his nearest rivals, that he was able to pit and emerge in second place behind Stoffel Vandoorne and ahead of the best placed driver who had already pitted, meaning Jolyon was still running in a defacto lead position.

Vandoorne pitted on lap 33 putting Jolyon back into the lead, and from that point on and despite battling well worn tyres he held the lead to claim an exceptional victory by 0.4s.

Having won the race, claimed pole position and set fastest lap, Jolyon has claimed the maximum 31 points from the weekend so far, and now has a championship lead of 44 points over Felipe Nasr.

Speaking after the race, Jolyon enthused: "It was a tough race! Mitch [Evans] was starting on the option tyres and was very quick early on. I got my head down and luckily I managed to pass him just before the red flag which was really important for the race. After the red flag it was a case of putting in qualifying style laps, pulling out a big gap and then the safety car came out again! So someone wasn't making it easy for me today but I'm absolutely delighted.

"During the red flag period I just had to relax, there was nothing I could do about it and it was a case of focussing on what was going to be a 30 lap race instead of a 42 lap race. I still had to do a pit stop but a safety car restart made it easier and we've had the pace all weekend so far so I knew we'd be quick. The safety car came in and I put the hammer down.

"It'll be tough to make it six podiums from six races when I start eighth on the grid tomorrow but it's been a perfect start to the season and everything has gone to plan so far. The race was difficult, we still managed to win it but anything can happen, we've see so much chaos in GP2, even in that race so we'll see what tomorrow has to bring."