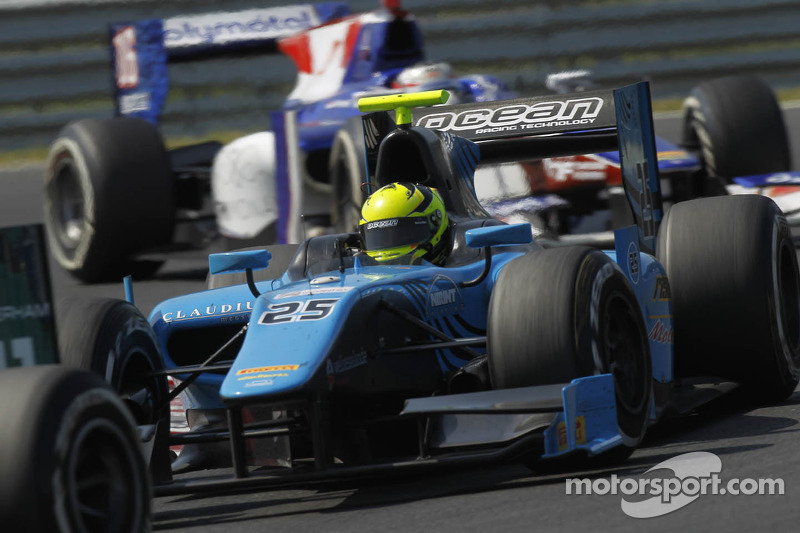 The penultimate round of the GP2 Series took place this week-end on the Italian circuit of Monza. Ocean Racing Technology drivers Nigel Melker and Victor Guerin were in good spirits ahead of the first running on Friday with Melker qualifying 14th and Guerin 20th.

In race one the Dutchman worked his way up to 11th place while his Brazilian teammate crossed the line 23rd after being penalized for exceeding the speed limit in pit lane. In race two however, the drivers hopes of making up for Saturday's misadventures were soon dashed when they were both rammed by opponents. 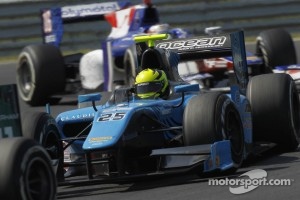 Nigel Melker reached the track of Monza still reeling from his violent accident at Spa, but he was highly motivated to achieve success.

14th place in qualifying shows the will of the driver, who was somewhat restricted by his physical limitations.

In race one the Dutchman actually led the race before having to make his compulsory pit-stop and crossed the finish line near the points: "It was a good first race and I fought very hard. I tried my best and I was pleased with my performance.

I actually did one of the fastest laps of the race! Everything indicated that the second race would be better and I would return to the points. But, at the entrance to the first turn I took a wallop from an opponent and that was the end of that. Hopefully the last round in Singapore will be free of these incidents that stop me from doing my job," he said

Despite the outcome, Victor Guerin was happy with his performance on track: "I blew it and got a 'drive-through' in the first race, so an apology to the team for my mistake. But apart from that, I was pleased with the performance.

During the second race I was rammed once again. Of course I'm disappointed because it is not the first time this has happened, but we chalk it up as a racing incident and will move on. Singapore will be better," concluded the Brazilian driver.

The final round in Singapore takes place in two week's time.

Double Podium for Isport in Monza