Clement Novalak has signed with Trident for his second full season in Formula 2, departing teams' title champion MP Motorsport ahead of 2023.

Novalak makes a return to Trident for his second full year in the championship, having raced for the Piedmontese squad in his 2021 Formula 3 campaign, in which he placed third overall ahead of his promotion to F2.

After the 2021 F3 season ended in Sochi, Novalak stepped up to F2 with MP for the Jeddah and Abu Dhabi rounds at the end of that year ahead of a full campaign with the Dutch outfit.

"We are proud to welcome Clement Novalak back to our family," said Trident principal Giacomo Ricci. "He is a driver with undeniable and undisputed value who did really well with Trident in Formula 3 and achieving the third position in 2021 championship.

"Novalak brings a year of experience with him in Formula 2 and I'm sure he will be able to make an important contribution to the team."

"I'm extremely happy to be heading back to Trident," Novalak added. "We had an amazing partnership together in 2021 and I'm very proud to be wearing their colours again.

"I'd like to thank Mr. [Maurizio] Salvadori for the trust and I'm hoping we can have an amazing 2023 full of success." 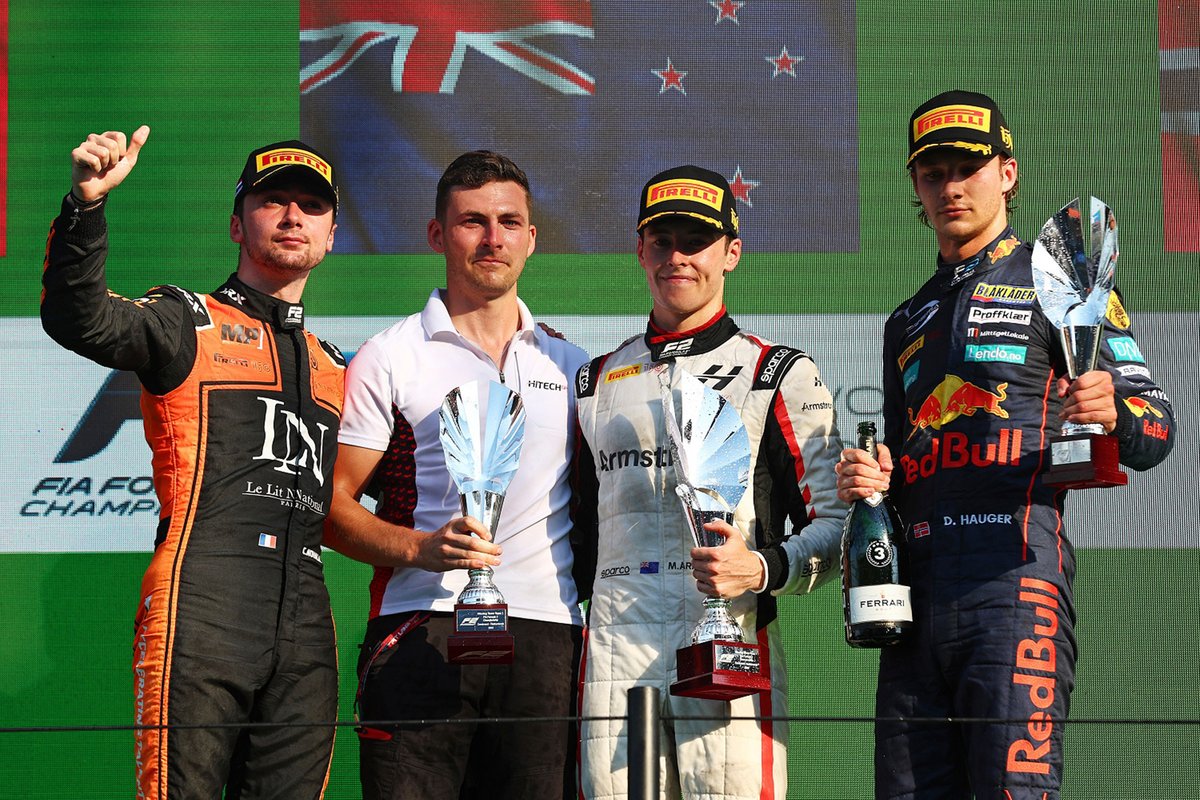 A podium in the Zandvoort sprint - in which he finished second - proved to be the highlight of Novalak's 2022 season, as the Avignon-born driver sat on the cusp of a chasm in the points' standings, with him 53 points behind the 13th-placed Marcus Armstrong.

Novalak's departure means that MP will welcome an all-new line-up for 2023, as Dennis Hauger has already been signed to the team as Drugovich departs to become Aston Martin's F1 reserve.

Enzo Fittipaldi has been added to the Red Bull Junior Team and joins Carlin for 2023, while Prema has opted for a line-up of Oliver Bearman and Frederik Vesti as Hauger and Jehan Daruvala leave the Italian team.

Arthur Leclerc - brother of Ferrari F1 driver Charles - has been signed by DAMS, while Ralph Boschung continues for another year with Campos, after spending much of 2022 on the sidelines with a neck injury.

Campos also announced today that it has signed Indian driver Kush Maini to partner Boschung. The 22-year-old younger brother of former F2 racer Arjun took a single F3 podium, in the Hungaroring sprint race, in his first season in the category with MP as he finished 14th in the standings.