The Formula 2 and Formula 3 championships have unveiled a new three-race format for 2021 onwards, and each weekend will now comprise of two sprint races and one feature race. 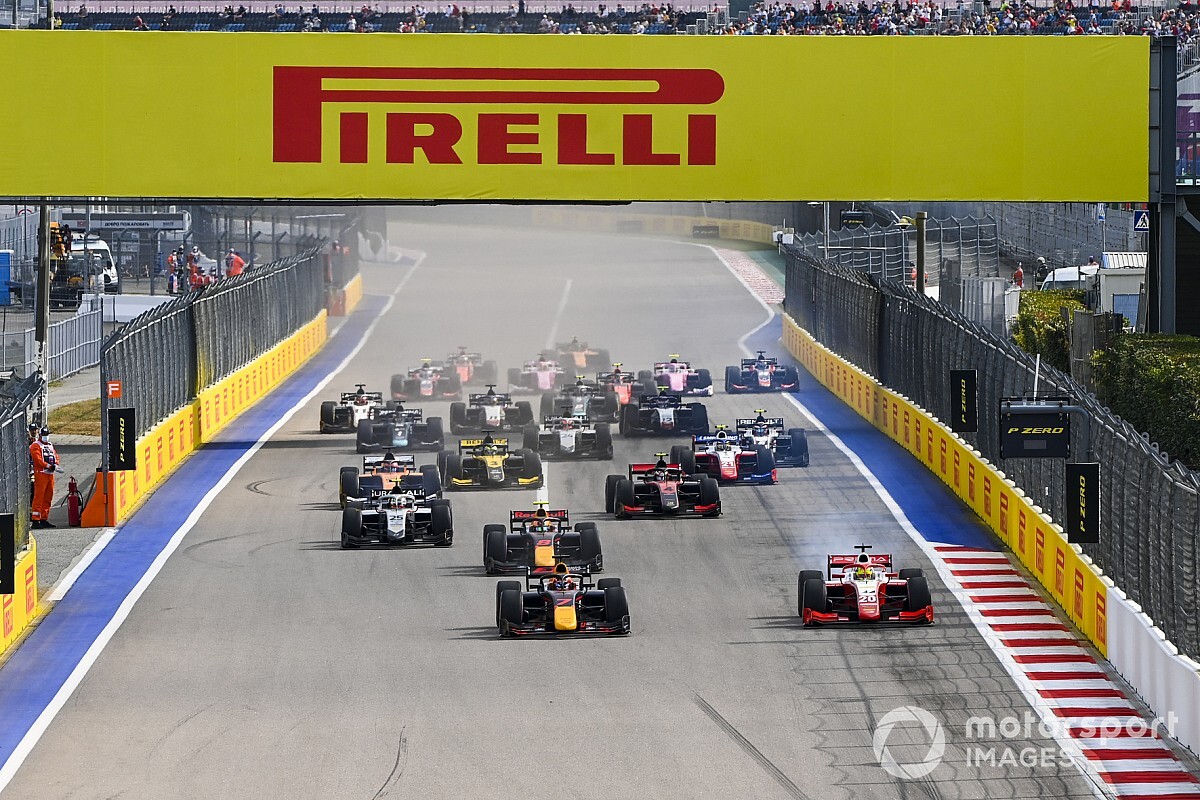 Since its inception as the GP2 Series in 2005, Formula 2 has persisted with the feature/sprint format throughout its life; the feature race has traditionally been run on Saturdays, with the shorter reversed-grid sprint format taking place on Sunday.

With the changes to the F2 and F3 calendars, where the two series will no longer appear on the same bill, this has freed up extra time to add an additional race for each per round.

This order has changed for the new three-race format, and the two sprint races will take place on the Saturday.

The feature race will now be moved to the Sunday as a result.

Practice and qualifying remain untouched; practice will remain a 45-minute session, while qualifying will be kept at 30 minutes and will still decide the grid for Sunday's feature race.

In F2, the two sprint races retain the 120km race length, within a 45-minute run-time, and the feature race also remains 170km in distance within a one-hour timeframe.

The grid for the sprint races will be decided differently, where the previous grids were determined on the feature race finishing order with the top eight drivers reversed.

From 2021, the first sprint race's starting grid will be determined by reversing the top 10 from the qualifying order.

The grid for the second sprint race will be based on the race results from the first, with a reversal of the top 10.

In F3, all three races will be run to 40 minutes and, owing to the larger grid size, the grid reversals for the sprint races differ slightly from F2.

For the third-tier series, the first sprint race grid will comprise of the qualifying order but with the top 12 reversed.

The second race will take the results from the first, and reverse the top 12 once more to determine the grid order.

The points allocations for the feature and sprint races will remain the same, along with bonus points for feature race pole and fastest lap in each.

However, this increases the maximum points haul on offer from each round – rising from 48 to 65.

Boschung reunites with Campos in F2 for 2021

Swiss driver Ralph Boschung has signed for Campos Racing for the 2021 F2 season, becoming the second driver to announce their plans for next year.

Boschung stepped up to F2 in 2017 with Campos, although was replaced by Lando Norris for the final round of the season at Abu Dhabi.

He then joined MP Motorsport for 2018, but once more did not complete the season before signing for Trident for 2019.

Having been unable to pull together the finance for a 2020 drive, Boschung has secured a drive with Adrian Campos' team – which currently employs Jack Aitken and Guilherme Samaia – after a year out.

"It is a pleasure to have him back at our team," said Campos.

"Campos Racing trusts in his talent and chances to shine. Therefore, we will do our best to meet the expectations."

F3 champion Oscar Piastri was the first driver to announce F2 plans for 2021, signing for Prema in place of Mick Schumacher, who is widely expected to step up to F1 with Haas.