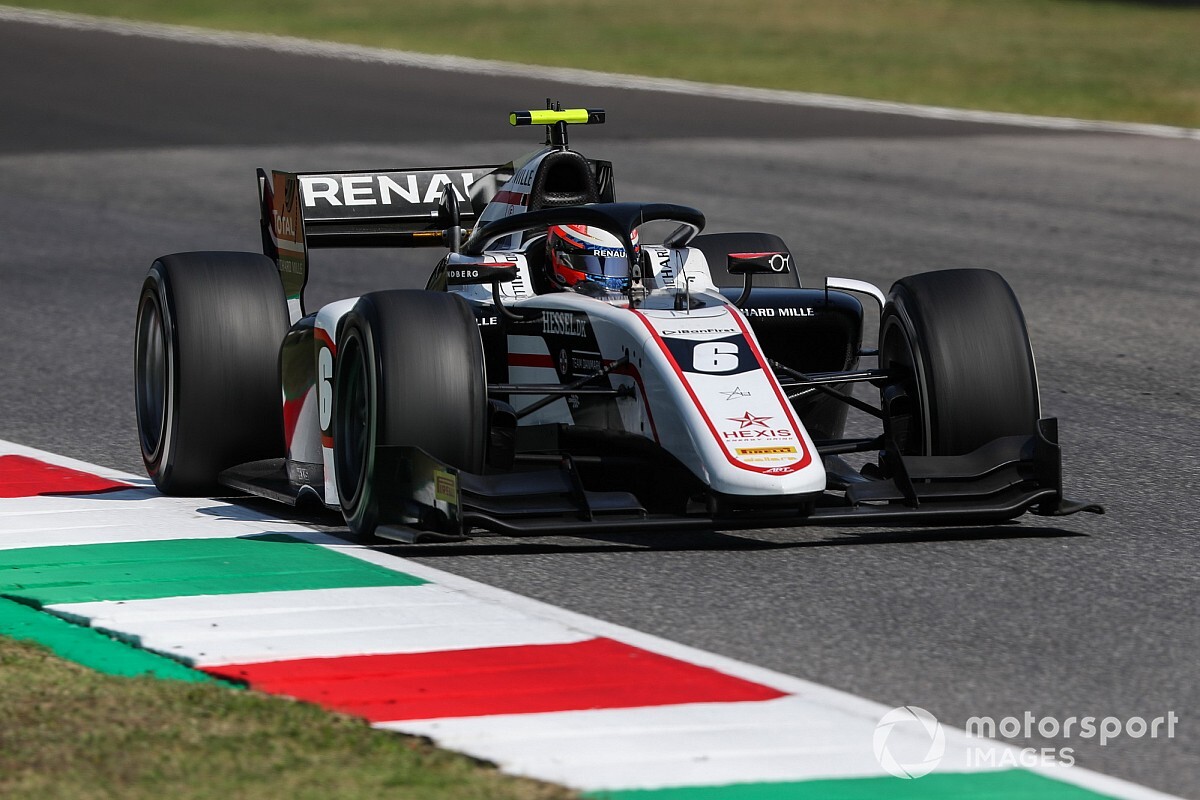 Renault junior Christian Lundgaard controlled proceedings in the final Formula 2 race of the weekend at Mugello to take his second victory of the season.

He immediately bounced back at the start of the reverse-grid race on Sunday by charging past Red Bull junior Juri Vips and reverse-grid polesitter Artem Markelov to vault from third on the grid into the race lead.

As Markelov held up the chasing pack, Lundgaard sprinted clear out front and established an early race advantage that he’d maintain all the way to the chequered flag.

It caps off a successful day for Renault juniors after Lundgaard’s Renault stablemate Oscar Piastri clinched the FIA Formula 3 title in the last race of the season earlier on Sunday.

Haas Formula 1 reserve driver Louis Deletraz made his way from sixth on the grid to third place on the opening lap and passed Markelov around the outside of the first corner on the sixth lap to move into second place.

Charouz’s Deletraz was unable to make an impression on Lundgaard’s lead but did secure his second podium of the weekend – the first time he’s scored a double-podium in his four years in the series.

DAMS’ Vips completed the podium positions to earn his maiden F2 podium in only his third weekend deputising for the injured Sean Gelael.

Mick Schumacher had a muted run to fourth place to extend his lead at the top of the drivers’ championship, while Hitech GP pair Nikita Mazepin and Luca Ghiotto came to blows behind him.

Mazepin, the winner of yesterday’s feature race, locked up at Turn 1 whilst defending from Ghiotto and slid into his teammate.

A virtual safety car was required to recover Ghiotto’s stricken car while Mazepin pitted from fifth place just as the race restarted for repairs and his misery was compounded when he was slapped with a 10-second penalty.

Renault junior Guanyu Zhou charged from 20th on the grid to finish in fifth place, just behind his ex-Formula 3 teammate Schumacher.

Zhou’s UNI-Virtuosi teammate Callum Ilott, who lost the points lead to Schumacher on Saturday, finished in sixth place from 12th on the grid.

DAMS’ Dan Ticktum, who made contact with Tsunoda in the feature race, was forced to pit for repairs on the opening lap after tangling with Prema’s Robert Shwartzman.

Shwartzman’s charge from the back of the grid was curtailed by a trip through the gravel whilst fighting for a place just outside the points with fellow Ferrari junior Marcus Armstrong (ART).