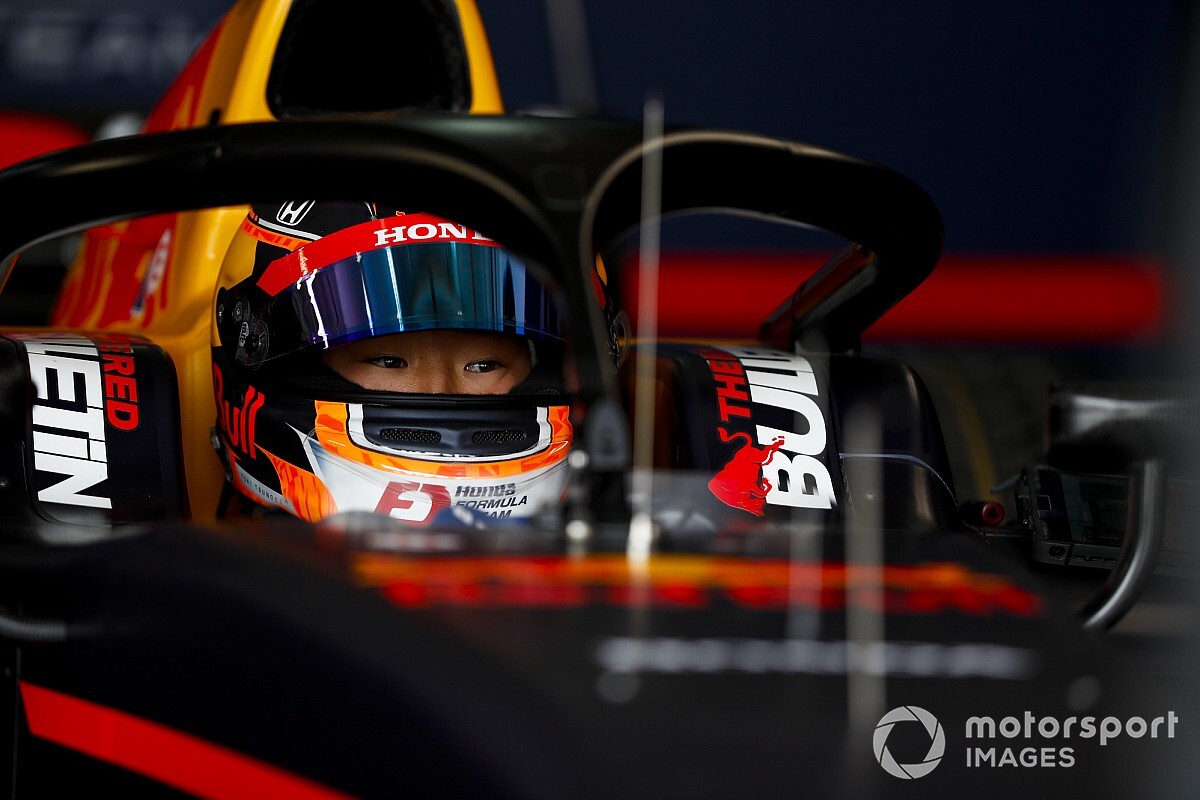 Carlin driver Tsunoda, who is set to drive for AlphaTauri in Formula 1’s post-season rookie test in December, set a 1m32.169s halfway through the 45-minute session.

This benchmark remained unbeaten with Renault junior Christian Lundgaard coming the closest with a lap 0.058s adrift of Tsunoda’s time.

ART Grand Prix driver Lundgaard struggled for pace early in the session but was one of the only drivers to improve in the final 10 minutes.

Nikita Mazepin, who lost the Spa feature win to Tsunoda due to a post-race penalty, completed the top three for Hitech GP.

DAMS’ Dan Ticktum, who missed last Friday’s practice session due to an inconclusive COVID-19 test, set the fourth-fastest time ahead of Ferrari junior Marcus Armstrong, who is yet to score a point since the second Red Bull Ring round.

Another Ferrari junior Giuliano Alesi, who crashed exiting the pitlane in practice at Spa, enjoyed a quieter run to set the 11th fastest time of the session.

New championship leader Robert Shwartzman was the slowest of the five Ferrari juniors in 12th place for Prema, over seven-tenths off Tsunoda’s time.

Red Bull junior Juri Vips, who is participating in his second F2 weekend with DAMS, was 15th fastest.

There was a brief virtual safety car period with just over 20 minutes of the session remaining when Campos Racing’s Guilherme Samaia pulled off the circuit on the exit of the first chicane with smoke billowing out of the rear of his car.