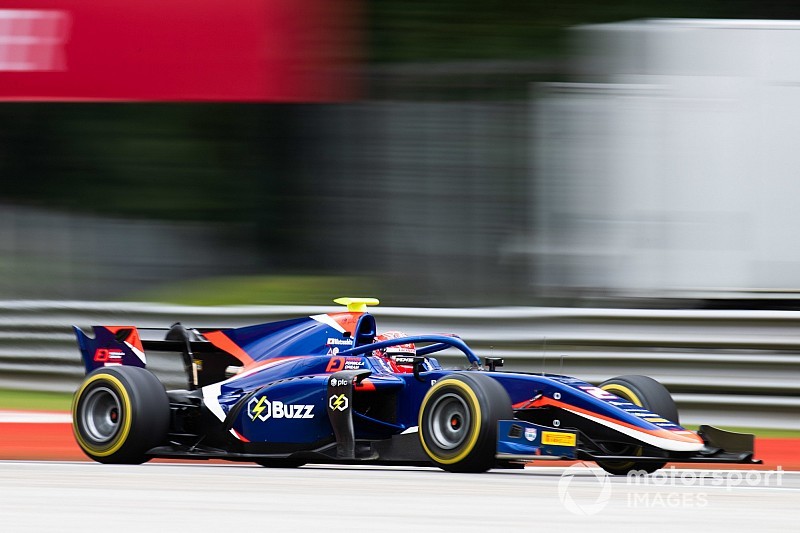 Honda Formula 1 junior Nobuharu Matsushita took his second Formula 2 win of the year at Monza ahead of a charging Luca Ghiotto, as Nyck de Vries recovered from last to third.

Matsushita took the lead at the Variante della Roggia on lap four of 30 and a rapid pitstop from his Carlin squad meant he emerged comfortably ahead of polesitter Callum Ilott.

Ilott, the Sauber Junior Team's sole driver this weekend, closed the gap on the medium tyres and worked his way into DRS range, but with less than 10 laps to go, Matsushita cranked up the pace and edged out of reach.

His biggest threat to victory at that point was Ghiotto (UNI-Virtuosi), who started on the medium tyres and was into the top five within two laps from 13th on the grid.

Ghiotto delivered a near-perfect stint, but a pitstop issue robbed him of any chance to fight for the win on his softer rubber in the closing stages.

Matsushita’s car shed a turning vane with eight laps to go, but it didn’t affect his pace as he stormed to a second race win of the year, making up for an embarrassing spin in mixed conditions in qualifying.

Points leader de Vries was forced to start at the back of the grid due to not having enough fuel after qualifying, robbing him of fourth on the grid.

The ART Grand Prix driver was into the top six on lap 10 of 30, and was rapid on the medium tyre during the closing stages, reeling in the fading Ilott.

After erasing a gap of over six seconds to Ilott, he took second with four laps to go at Turn 1.

Subsequently, a charging Ghiotto passed Ilott – whose tyres were finished – with three laps to go, and he dived past de Vries at the entry to the Ascari chicane with two laps remaining to grab second, falling 5.7s shy of victory.

De Vries took third and extended his championship lead, ahead of Sergio Sette Camara of DAMS, but the latter had a five-second penalty for leaving the track and gaining an advantage in an earlier battle with de Vries, which meant he fell to fifth behind Ilott.

Zhou was later handed a three-place grid penalty for Sunday's feature race, where he will start at the back of the grid.