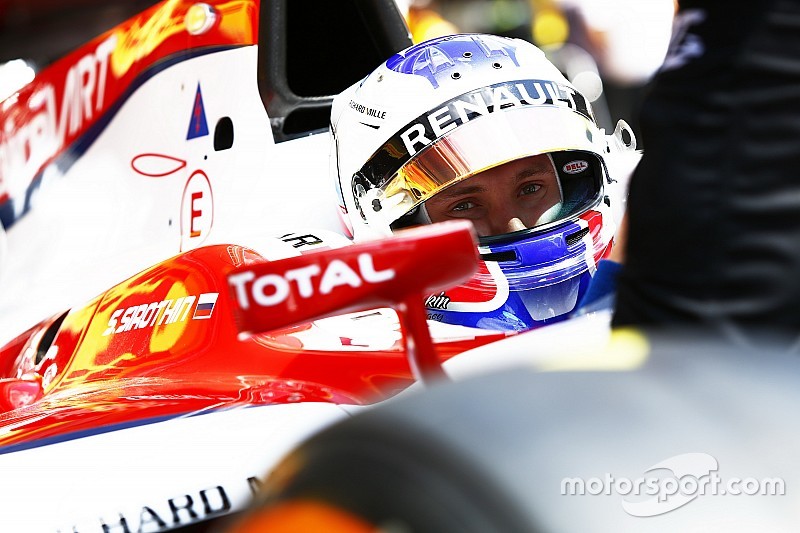 The 45-minute session kicked off five minutes past the scheduled time, due to repairs on the drain cover that was dislodged by Nico Rosberg and then hit by Jenson Button during the Formula 1 FP1 session.

The early pace in GP2's first run of the track this year was set by Norman Nato with a 1m21.788s, albeit he would shortly be surpassed by Sirotkin by 0.03s.

Pierre Gasly then went quickest by eight tenths, visibly on edge throughout his lap as the right side of his car rubbed against the barriers at the Anthony Noghes corner.

Having crossed the line with a new benchmark, he continued to push and went wide at Ste Devote, hitting the outside wall, which ripped his Prema Dallara GP2/11 machine's left rear wheel clean off.

And it was no sooner than the marshals had finished removing Gasly's car from the track that ART Grand Prix driver Nobuharu Matsushita locked up at Ste Devote, going nosecone-first into the barriers.

When the green flag waved again, Sirotkin set the new benchmark at 1m20.837s in what would prove to be a brief interlude before another Turn 1 crash, MP Motorsport's Daniel de Jong oversteering into the barrier.

Jordan King posted the new quickest time as the session restarted again and, while Sirotkin returned to the top spot with 10 minutes remaining, he had reportedly done so by straightlining the Nouvelle Chicane - something he then definitely did on his next flyer.

Nato came up less than a tenth short in his lap to claim second, with Alex Lynn a close third for DAMS.

Arthur Pic was fourth, leading King, Campos Racing's Mitch Evans and Gasly, who only fell as low as seventh despite his early crash.

Fittingly, the hectic session was concluded by a traffic jam during post-chequered practice starts as Sean Gelael stalled his car.