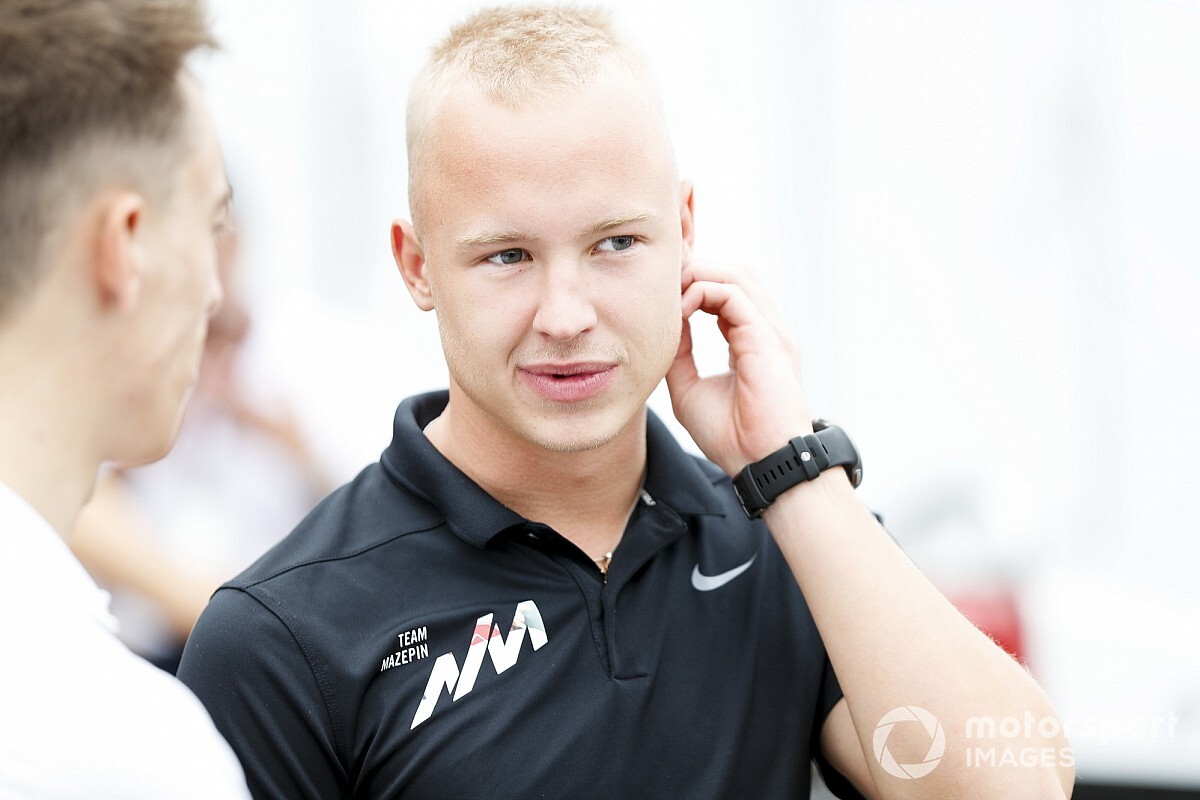 The FIA has judged Nikita Mazepin "wholly at fault" for the Sochi Formula 2 crash that hospitalised he and Nobuharu Matsushita, and awarded Mazepin large penalties for the next race.

ART Grand Prix driver Mazepin has been given a 15-place grid drop for the next race in Abu Dhabi, and four penalty points on his license.

On lap one of Sunday morning's race, Mazepin went into the run-off at Turn 2, but failed to round the exit boards as required before rejoining the circuit.

Jack Aitken also went off and did pass through the boards correctly, and when he emerged to join the track he was unable to avoid Mazepin and clipped the right rear of his car, launching the Russian driver into Matsushita.

Both hit the barriers on the exit of the corner, with Mazepin able to walk away while Matsushita was extracted.

Matsushita and Mazepin were airlifted to Sochi Hospital. Matsushita will remain overnight and undergo a "precautionary scan" on Monday while Mazepin was released.

In a document issued by the FIA, the stewards said that "the driver of Car 03 [Mazepin] caused this incident by a total lack of due care for his fellow drivers and caused a bad incident that could have been much worse, the unusually large number of grid positions in the penalty and the large number of penalty points are assessed".

The stewards statement explained the incident: "The Stewards examined video evidence. They summoned and heard the driver of Car 15 (Jack Aitken) and team representatives (FIA documents 39 & 40).

"The driver of Car 03 was unable to attend as he was at hospital following his incident, and not scheduled to be released until the following day.

"Having considered the matter extensively, the Stewards determined that Car 01 arrived at the entrance of Turn 2 at an excessively high rate of speed and unable to negotiate the corner on the track.

"Car 03 then forced Car 15 off the track. After both cars left the track, Car 15 successfully negotiated the Styrofoam blocks in the runoff area, as directed by the Race Director's notes.

"Car 03 did not follow that same directed path, thereby short cutting the runoff area, resulting in a collision with first Car 15 and then Car 02, resulting in Car 02's retirement and causing a red flag in the race. Car 03 is judged wholly at fault for the incident."

Motorsport.com has contacted Mazepin's management for comment following the penalty.

Matsushita to be kept in hospital after Sochi crash