Nobuharu Matsushita will continue racing for champion outfit ART Grand Prix in the 2016 GP2 season, the team has confirmed. 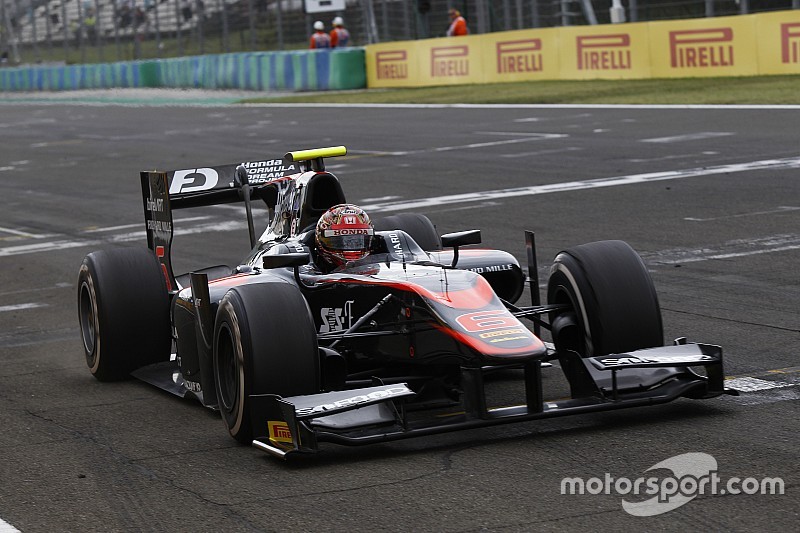 The Japanese driver finished ninth in the 2015 season, picking up his maiden series win at Hungary and ending up with three podiums.

The Honda protege joins the already announced Sergey Sirotkin at ART for his sophomore season in the Formula 1 feeder series.

Upon the announcement, the 22-year-old said: “I would like to thank Honda and ART Grand Prix for giving me this opportunity to continue racing in GP2 Series."

"ART Grand Prix won the championships last year, and I am so honored to be part of such an amazing team again.

"As a member of HFDP, Honda Formula Dream Project, aiming to be the top world-class driver, I will give my best to win the drivers and the team championship in my second GP2 season," he added.

Fukuzumi to race in GP3

Along with Matsushita, the French squad also announced another Honda protege Nirei Fukuzumi for a maiden GP3 season.

The 19-year-old tested with the team at Abu Dhabi, and previously raced in Japanese F3 where he finished fourth overall, picking up two wins.

“I am very excited to race in GP3 Series with ART Grand Prix," said Fukuzumi.

"I think it will be a challenging year for me in a new environment and with a lot to learn but I will do what I can to get the best possible result at every race.

"I am very thankful to Honda and ART Grand Prix for giving me this great opportunity in GP3 and I am looking forward to all the new experiences."

ART team manager, Sebastien Philippe was delighted to welcome both Matsushita and Fukuzumi to the family.

“I am truly delighted to start our third year of partnership together with Honda with this reinforcement of our collaboration," he said.

"Firstly, Nobuharu will partner Sergey Sirotkin in the GP2 Series. He had an incredible year in 2015 when he did not know Europe or the championship, the team and the car.

"Nevertheless, he secured one win, several podiums and made massive improvements all year long. As a driver and on a personal level, we have no doubt at all that he has all the assets needed to fight for the title in 2016," he added.

"I am also happy to welcome another hot property linked with our partner Honda, Nirei Fukuzumi, to our GP3 Series team.

"Last December, he showed us during the Yas Marina tests that he has very interesting potential. Just like Nobuharu last year, 2016 will be a learning phase for Nirei," he continued.

"He will have to learn everything from scratch, but we are confident ART Grand Prix has the knowledge to give him the best conditions to do so and we expect Nirei to fight for podiums after only a few race weekends of adaptation.”