Makino had "no idea" he was about to win at Monza

Honda protege Tadasuke Makino admits that he had "no idea" he was about to win Saturday’s Formula 2 feature race at Monza until the last corner.

Makino was one of three drivers who started on the medium tyre – as opposed to the majority who started on supersofts – and overtook five cars at the first corner after starting down in 14th.

He completed the first lap in eighth, and as his rivals' tyres rapidly degraded he continued to move up the order, finally taking the lead on lap five ahead of Russian Time teammate Artem Markelov.

The win may have appeared to be the result of a fortunate strategy, but Makino had pulled a 12.5 second gap on the next car on mediums, MP Motorsport's Ralph Boschung, after the supersoft runners pitted.

“I said to my engineer, 'don’t tell me the position',” recalled Makino. “I wanted to keep focused on the tyres.

“Before the last corner I said, ‘which position is this’, and they said ‘P1’. I was so surprised, it’s crazy. I had no idea. I didn’t know the position and just focused on the tyres.”

Makino pitted for supersofts with three laps remaining and narrowly held on to beat Markelov, taking his first top-five finish since stepping up to F2 from European F3 at the beginning of the year.

He is hopeful it has impressed his bosses at Honda, which also backs Arden F2 driver Nirei Fukuzumi and has made no secret it would like one of its drivers to race in F1 with Toro Rosso in the near future.

“It’s really important [to impress Honda],” he added. “Hopefully the guys at Honda are happy, but I need to keep like this, more consistent, for the rest of the season.

“If qualifying is better, it’s easier going into Turn 1. It’s tough to win starting from 14th."

Makino’s Russian Time engineer Geoff Spear has been impressed with Makino’s progress given his inexperience.

The 21-year-old started car racing in Japanese F4 in 2015, the same year Markelov started his second season of F2 (then GP2), and caught Honda's eye in a one-off outing at Buriram in Super GT.

After a year in Japanese F3, he took on Euro F3 last year with the Hitech squad, but missed pre-season testing and broke his wrist midway through the season.

“He surprised us right from the start really,” said Spear. “Each weekend we’ve been targeting top 10 finishes and he’s been averaging 11th in the races and that’s good, we’re really happy with his progress.

“A lot of the circuits he hasn’t done a lot of running at, and he’s new to the Pirelli tyres, and it’s a very steep learning curve for him. But I think he’s getting to grips with it. He’s improving race on race.”

Russian Time chief engineer Gavin Jones added: “He’s the greenest rookie out there. He had one year of Euro F3 and missed pre-season testing, and broke his wrist.

“His lap time on the prime [in the Monza feature race] was unbelievable. He was in mid [1m]36s, and the other guys were only two or three tenths quicker and they had DRS.

“He’s won the same number of races as Lando Norris!” 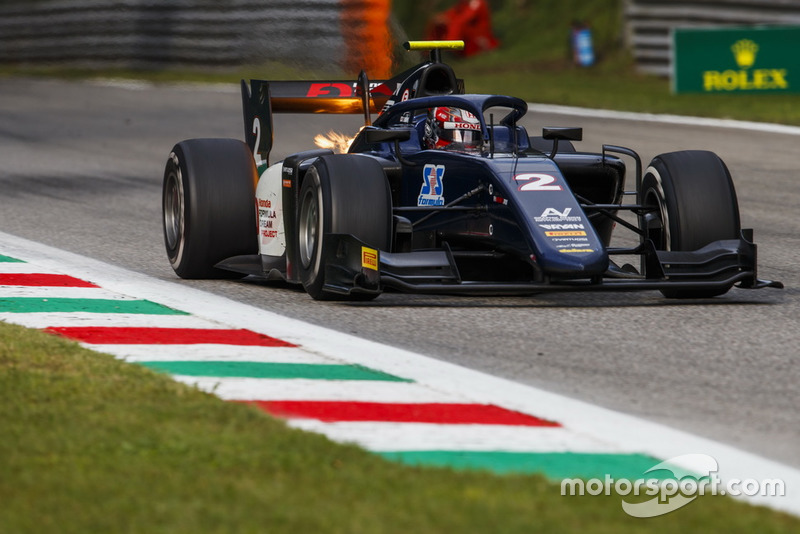