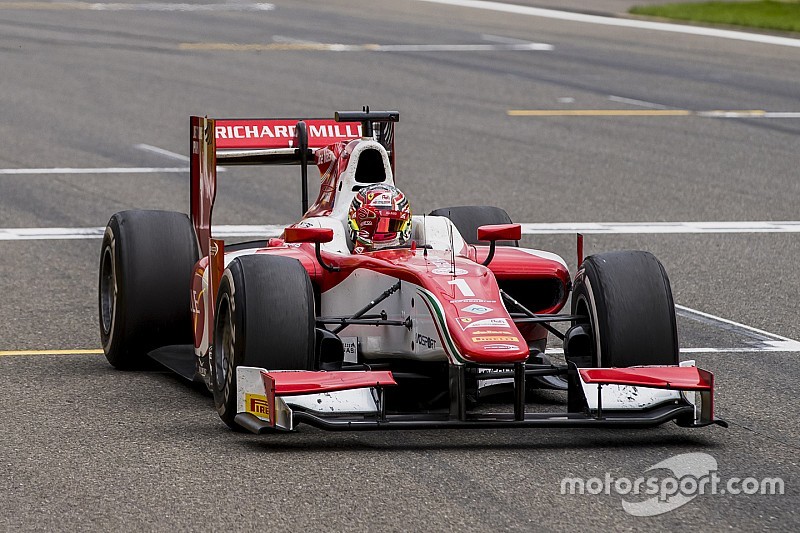 In his latest column, F2 championship leader Charles Leclerc looks back at a Spa-Francorchamps weekend where he scored one of the series' most dominant wins ever - only to have it taken away.

It felt great to return to the track after the summer break and not just pick up where we left off but, to be honest, maybe even improve our performance.

I believe the time off was useful for me, to recharge my batteries and analyse the first part of the season, see what the weak points are. And I think Prema and I figured out what we could improve still because at Spa the pace was very, very fast.

I'm a little bit disappointed about the result, of course. The performance in the feature race was very good and it was a shame to lose the win and the points over a stupid thing. I think we deserved more from the weekend, but rules are rules – and on the performance side, it was a positive weekend. 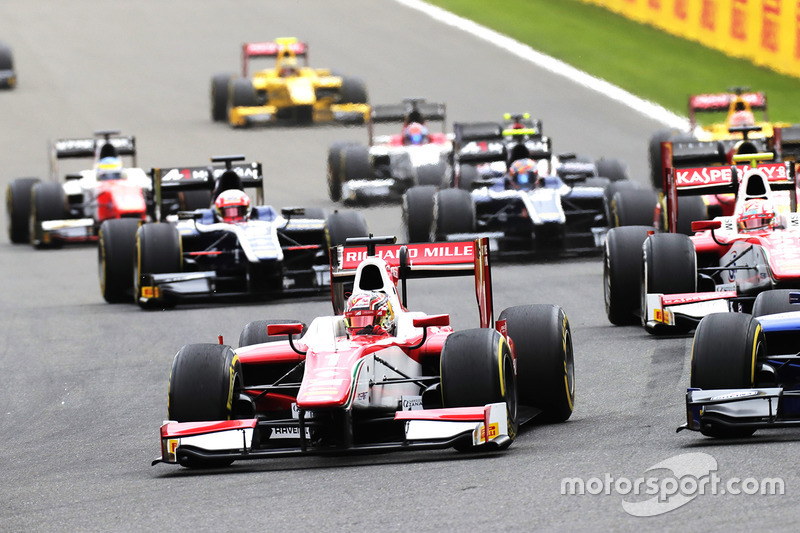 In Friday practice, I was limited to just two and a half push laps because of an extinguisher issue. That's never a good way to start the weekend – especially not the weekend right after the break. I also didn't get to practice my starts because of this, and that contributed to my starts in both races being not so good.

I wasn't confident heading into qualifying, as it would be my first proper run after the break and it was raining.

But we were very, very fast all session long. On my pole lap, I wasn't very good on the driving side in the first sector – just losing so much time by taking the wrong line – but the rest of the lap made up for it.

The feature race was very straightforward, apart from some early contact with Oliver Rowland – which I only found out about after the race from Oliver.

The pace was amazing, a lot like the weekends in Baku and Monaco when compared to the other cars. I tried to push until the very last lap. 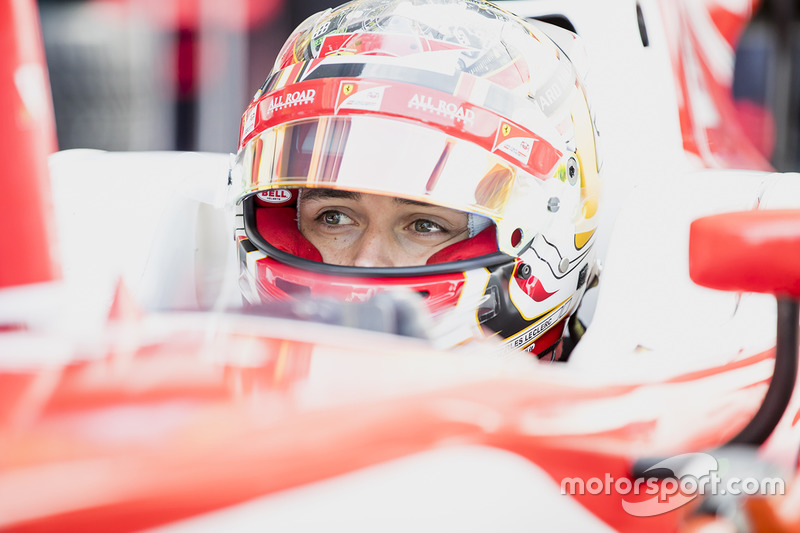 To find out after the race that the win would be taken away was definitely frustrating. Let's be honest, when you win by 26 seconds, everyone will look at every detail – and here it turned out the underfloor plank on the car was too worn out.

With Eau Rouge and the kerbs, Spa just consumes the plank more than any other track. And it's a circuit where the speed depends massively on where you put your car. If you want to be fast, you use the whole track. Oliver was also disqualified for the plank, and I think we were the two fastest guys out there.

It was frustrating, yes, but just five minutes after, thinking about it – what can you do? We're all driving to the limit, we're all setting up the car to the limit and I think we have the right approach. Our performance this year, it's thanks to all of this, so I don't want to see anything different.

After all that, it was at least nice to recover some points on Sunday, as we went from the back of the grid to P5, which, in a race without pitstops, is pretty amazing.

A better result was maybe possible, but I lost a lot of time fighting Roberto Merhi late in the race. I arrived with DRS behind him on the Kemmel straight and I was very surprised when he moved at the last moment to cover me off on the right.

I went to the outside and into the corner, and, fair play to him, I think he tried to brake as late as he could. I think he lost a little bit the car, and I could see his front wing was getting very close to my tyres, so I just made sure to avoid the crash.

We both lost a lot of time in the process. In the end, he was just trying to keep his position so there's nothing wrong with that, but it maybe felt a bit pointless to defend that hard at that point in the race, given also the state of the tyres. 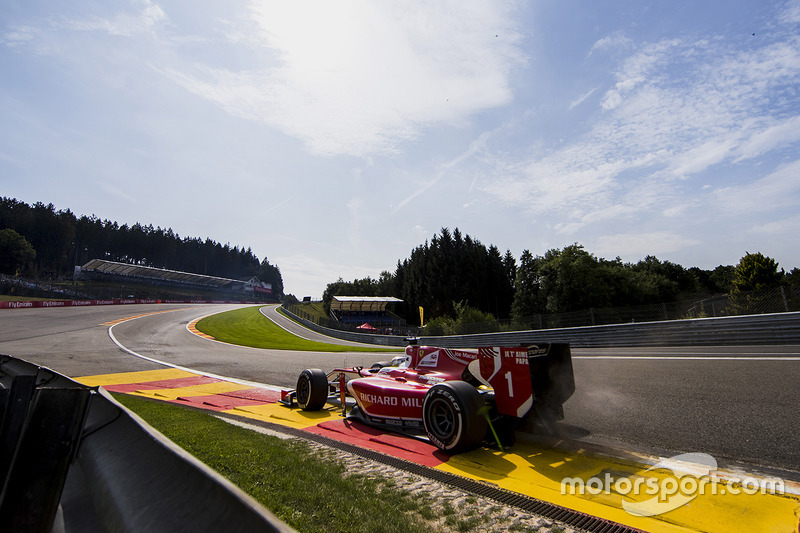 After all of that, I actually extended my points lead in Spa – by nine. I'm now 59 points ahead, which is a very big gap, a race weekend and a bit, so that feels good.

On the other hand, there were many occasions this season where we could've added a lot more, when you think back to Monaco, the Budapest disqualification, maybe the Baku penalty and now this. There have been some points wasted and that's a shame.

At the same time, to be ahead despite all of that shows, in my opinion, just how good the season has been overall.

Next up is Monza, and as I'm part of the Ferrari Driver Academy, it feels like a second home race. The Tifosi are always very enthusiastic – I was very surprised last year by how much support there was even for the junior drivers.

Certainly, it's a very unique ambiance at Monza, and it's a special track for me. I won my first races in cars here three years ago and, now that I'm with Ferrari, I hope I'll be able get the best results possible this upcoming weekend. 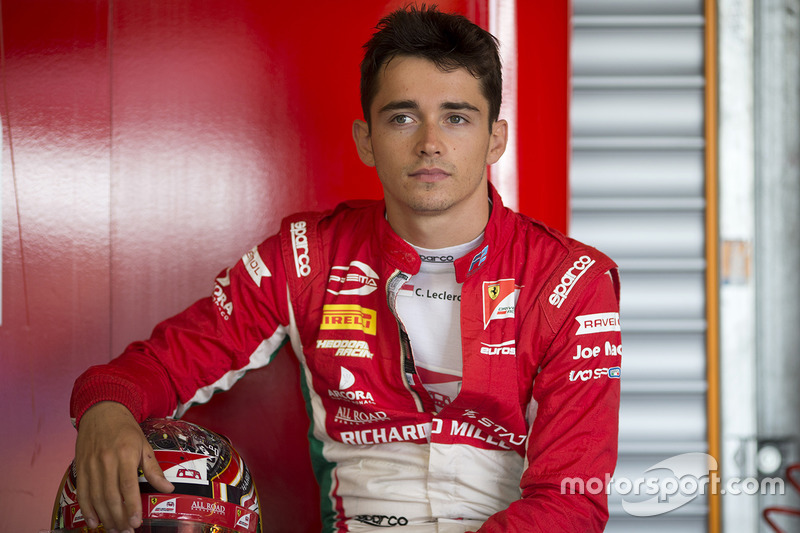