In his last Motorsport.com column of the season, Formula 2 champion Charles Leclerc reflects on an eventful Abu Dhabi season finale and the news that he will be a Sauber F1 driver in 2018.

As most of you will have heard, I will be racing for the Alfa Romeo Sauber Formula 1 team next year.

I am delighted to have this opportunity, and having it confirmed is the perfect end to what has been a fantastic season.

I'm very happy with how my junior career turned out, and that we went through it step by step – going through karting, Formula Renault, Formula 3 and GP3.

And after this year in Formula 2, I feel I am as prepared and ready for grand prix racing as I could be. 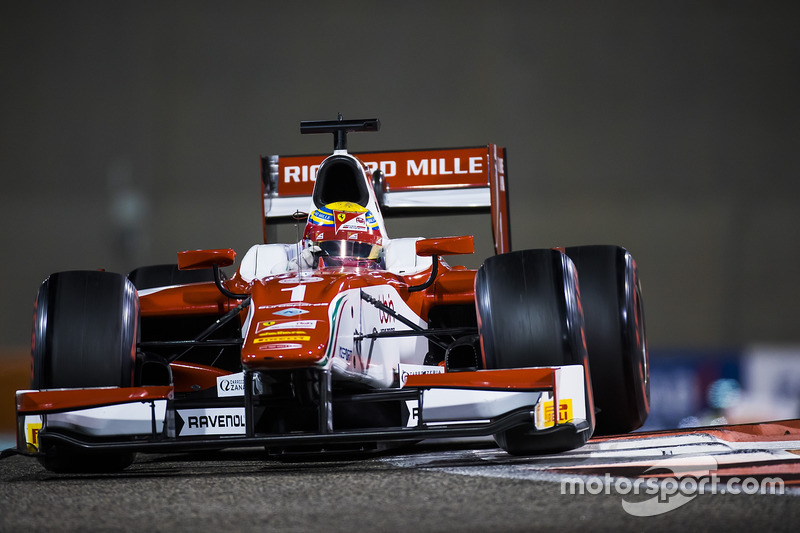 This season, from the Barcelona testing in March to the final race, has gone by pretty fast for me. It was a lot of hard work, but the first race feels like yesterday. Maybe that's because of how well it went.

I guess, when you're going through hard times, it feels slower than when you're succeeding and looking forward to every weekend.

I certainly looked forward to the last round in Abu Dhabi, and to racing without so much pressure because the drivers' championship was already secured – although we still had the teams' title to fight for with Prema.

It was an eventful weekend, and we struggled initially, and I feel it was mostly down to a mistake on my part.

Yas Marina is quite a strange circuit, you need to start the lap with understeer to finish with a well-balanced car, and the laptime all comes together in the last sector.

I kind of led the team to a car that was a bit too much towards the oversteer-y side. So we were quick early in the lap, but in the last sector we just lost the rear.

Still, we were improving with each session. We were quite strong in the first race, and could've finished second on the road, but then we had a strange issue with the balance towards the end on the softer tyre and had to drop back.

I was a little bit surprised when the team asked me to let my teammate Antonio through for third – we had a hard qualifying and giving up a podium was definitely tough to accept. But it won't have changed anything for the teams' championship and it would've helped him move up in the standings, so when they explained it to me, I guess I didn't really mind.

I got the podium finish after all, but only as Antonio was disqualified, which was definitely a disappointment and made it pretty much impossible for us to win the teams' title. 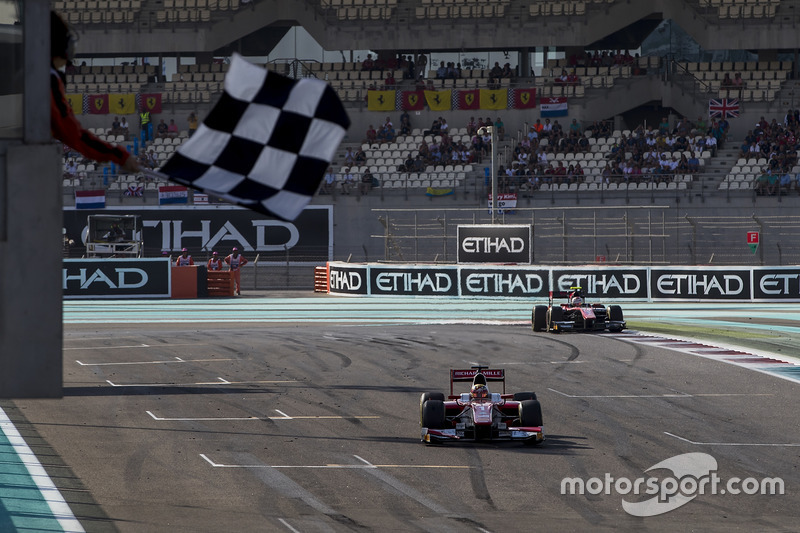 The sprint race was one of my best this season, probably second only to the feature race at Spa-Francorchamps.

This was a pretty hard race. I knew I had to manage the tyres in the beginning and ended up overtaken by Jordan King, but I had to keep calm. The cars ahead were going away fast, but I was sure that the speed was exaggerated, that they couldn't keep this pace all race.

So it was a huge satisfaction to then fight my way through and be able to go very fast in the end.

After catching up to race leader Alex Albon – my old GP3 teammate – I was honestly quite frustrated because of the yellow flags in the third sector that were left out for the final three laps due to a wing mirror on track.

The yellow flags meant no DRS, but this made for an amazing battle on the last lap.

The move on Alex was obviously on the limit. I didn't have much to lose so I went for it in the end, and we touched in the corner. I expected to be called up to the stewards after that, but I honestly wasn't thinking I'd get a penalty – and I didn't, so I guess it was fine.

The fight after the contact was very exciting. We were probably a bit slower on the straight compared to Alex, so it was a pretty difficult overtake – I had to take the slipstream, but every time I pulled to the side, he'd pull away and I had to go in behind again.

Finally, I just went for the overtake on the inside. The braking was very tricky because you have absolutely no reference at that point of the circuit, so I thought 'okay, let's hope he brakes at the right braking point, and then I'll brake one metre later'. And that's what I did. 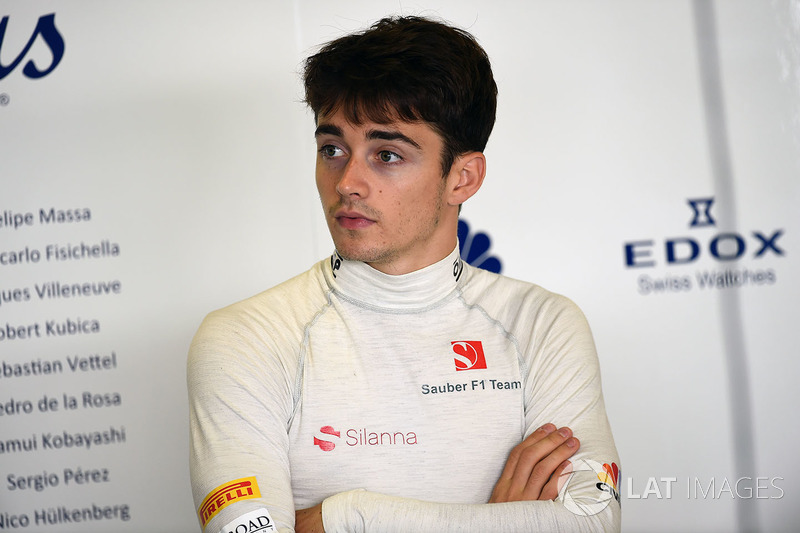 It was a great final race for this GP2/11 car, which I loved driving this year. It's a lot of fun, and the high-degradation tyres are good and make strategy very important.

But it was also a big happiness for me for another reason. At the start of the year, following the GP3 season, I felt managing the tyres and fighting through the field in reverse-grid races were my weaknesses.

So to finish the year on a race where we managed the tyres perfectly and came through from seventh to first felt amazing. It was a good example of our hard work paying off.

The season as a whole was obviously career-changing. I've won titles before, but I can see and I can feel that this F2 success has had a huge impact on everything – you can see it in even the silly things, in something like the number of social media followers.

But, of course, when you've done well, you have a lot of support and it's amazing. But on a day that it's going wrong, there will be more people upset and disappointed, and that's not good.

So I know I need to keep focus on myself and do the best job possible.

Oscar Piastri on his rookie Formula 2 season with PREMA Racing