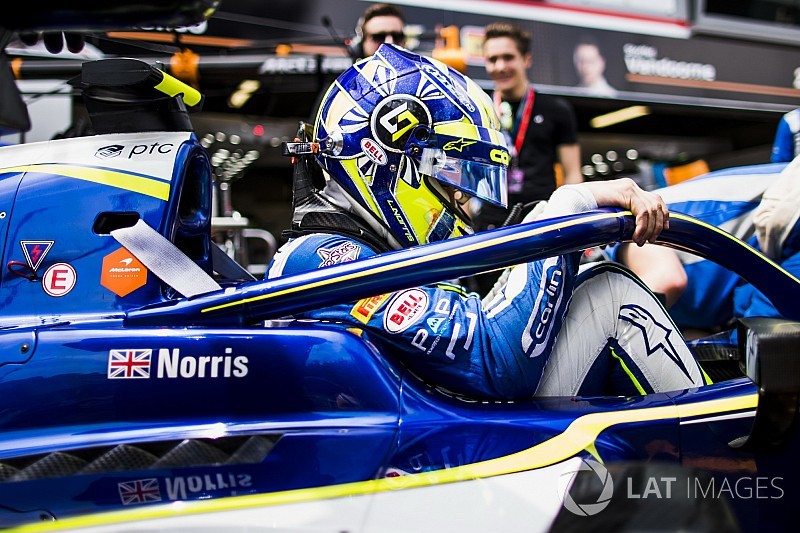 Formula 2 points leader Lando Norris has lost his second place in the Monaco sprint race, after the McLaren F1 junior was found to have breached virtual safety car regulations.

Both race winner Antonio Fuoco and Norris were deemed to have breached the VSC limit in the race, and the amount of time they went over the VSC delta was added to their total time.

Carlin's Norris was demoted to third, ahead of Artem Markelov, while the lower reaches of the top five was also affected by penalties.

Fifth placed Roberto Merhi passed Trident's Arjun Maini at the Nouvelle Chicane under safety car conditions, and was given a five-second time penalty.

He drops behind Maini, who now takes fifth, and Arden's Maxi Gunther who seals sixth ahead of Merhi.

Santino Ferrucci, Maini's teammate, was the final driver to be penalised. He carried out bite-point checks in the pitlane – which is not permitted – after he had stalled off the line at the start of the race. However, his 12th place finish was unaffected by the penalty.

After the penalties, Norris's title lead is 27 points over Markelov and Alexander Albon, who are tied.