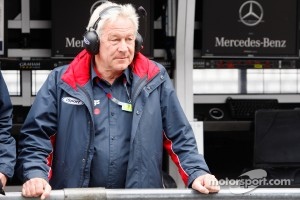 The two UK-based teams have established the iSport / Status GP Performance Partnership which will see the leading GP3 Series driver from Status GP’s team in the 2013 championship win a prize drive with iSport’s GP2 Series operation in the post-season official tests.

Status GP’s drivers in the 2013 GP3 Series will also be evaluated by iSport at their bespoke GP2 Series simulator at the beginning and end of the season and these assessments, combined with the season’s results, will determine which driver receives the prize test.

Under the terms of the multi-year agreement, iSport and Status GP will also share key technical information and engineering assessments during race weekends where the two series combine on the Formula One™ support package at the Grands Prix across Europe.

With the new-generation GP3 Series car being upgraded to 400hp from 2013, the performance of the AER-powered Dallaras will be even more closely aligned to the 600hp Dallara GP2 car, bringing the sister championships closer together on the rungs of the single-seater motorsport ladder. To date over the eight years since GP2’s inception, 19 drivers have graduated from GP2 to Formula One™.

iSport won the 2007 GP2 Series drivers’ and teams’ championships, and has amassed 23 race victories. Status GP is the team with the second highest number of race wins from the first three seasons of GP3, and is again entered in the category as it enters its second phase from 2013. 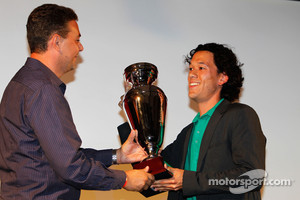 Teddy Yip, Status GP in 2010 upon winning the team championship

iSport team co-owner Paul Jackson said: “This is an important link between two like-minded teams that will help promote drivers through the tiers in the GP2 / GP3 Series paddock. Knowledge of the Pirelli P Zero race tyres and the Formula One circuits are vital parts of a driver’s training for F1, and the iSport / Status GP Performance Partnership extend our shared ethos of supporting driver development.”

Status GP team principal Teddy Yip Jr added: “We are delighted to establish this link with one of the most respected GP2 teams with a proven record of producing top-line drivers. The two teams remain independent, but the alliance will assist our GP3 drivers to prepare for the next step to GP2 right from the start of the season. Combining engineering know-how in terms of tyre performance and track conditions during race weekends is also a key facet in maximising both teams' performance and providing our respective drivers with the best chance of success.”

iSport completes its GP2 Series season at the Formula One™ Singapore Grand Prix this weekend, while Status GP is gearing up for the post-season official GP3 Series tests in October and November before receiving the update kits for the new GP3 Series car December.

5th place for Leimer in qualifying at Singapore