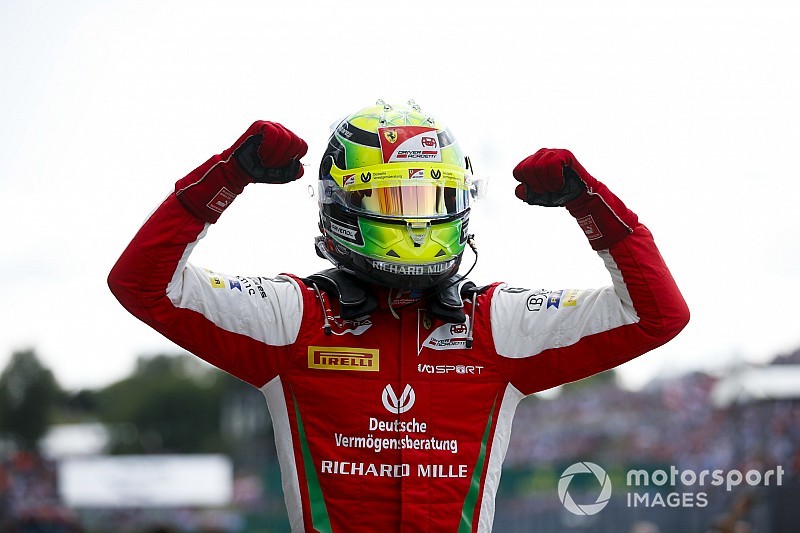 Did you know Mick Schumacher won a race last weekend? Of course you did. It sent the motorsport world into overdrive and, given the amount of attention it received, you would have thought he'd won the Formula 2 drivers' title.

Of course, on a human level, it was impossible not to enjoy the victory. Ferrari team boss Mattia Binotto, Mick's mother Corinna, his sister Gina and his manager - Sabine Kehm, who also managed his seven-time Formula 1 world champion Michael - all watched Mick raise the trophy aloft.