Carlin man Tsunoda was the main beneficiary when Prema teammates Robert Shwartzman and Mick Schumacher collided with each other while fighting for the lead late in the sprint race at the British track on Sunday.

Tsunoda had been running just behind the leading duo for the entire race up to that point, having started from third on the reverse grid after finishing sixth in the feature race.

After an incident-packed start to the year, which yielded pole and a second-place finish at the Red Bull Ring but six non-scores in the first eight races, Yamamoto said he was impressed by Tsunoda's approach to the Silverstone race that ultimately yielded victory.

"Immediately after the race started, while managing the tyres, he fought to keep up with Mick Schumacher in second without letting [Jack] Aitken in fourth get close," said Yamamoto.

"When Aitken faded and he was in the top three battle [with Shwartzman and Schumacher], he was strongly making his own pace. And after that, instead of trying to challenge the top two, he was patiently watching them fight each other.

"He understood the situation perfectly and he showed how much he has grown." 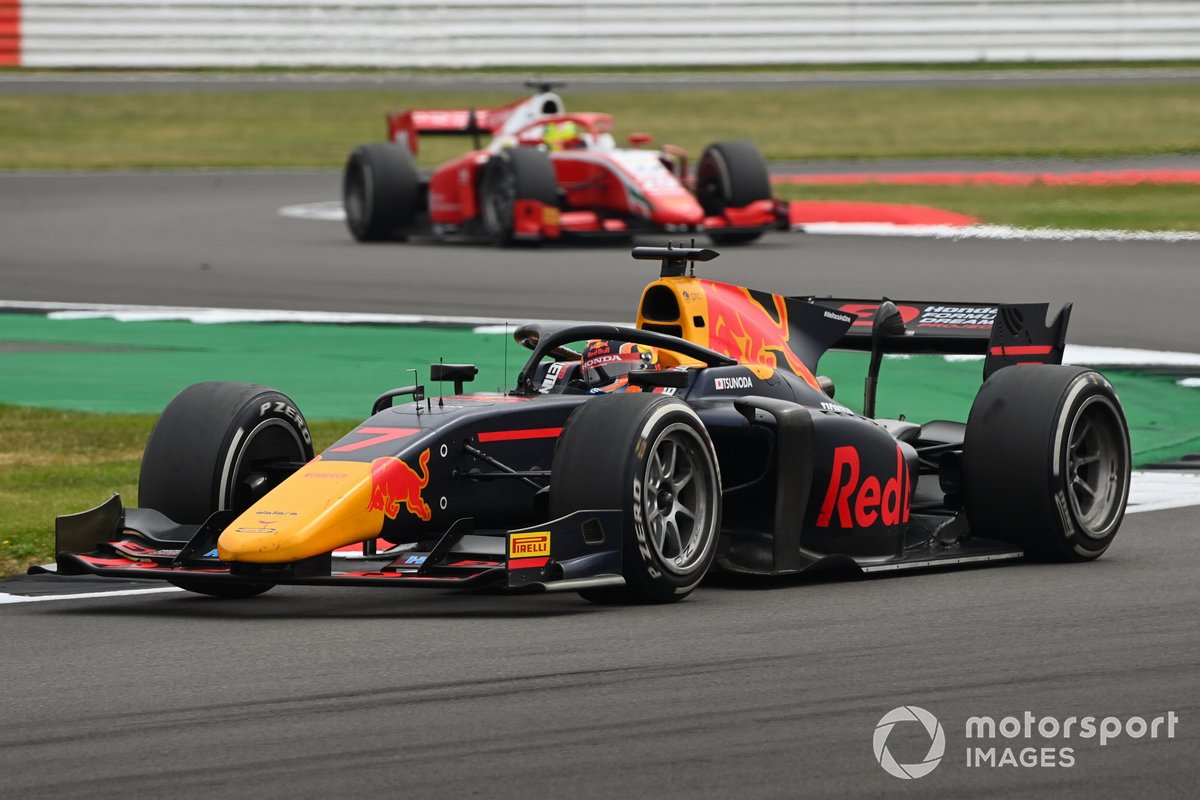 Tsunoda's win puts him sixth in the standings and only two places shy of the top-four target Red Bull motorsport boss Helmut Marko set for him at the start of the year.

Yamamoto added: "He showed own speed and talent from the start of the season. But because he doesn't have much experience, sometimes he made contact with other cars.

"But I think he's learning every single race, and I think now he has the courage to go through a race while being careful about following [other cars]. I'm looking forward to the future, I think he's broken out of his shell with this win."

Speaking after his win in the press conference, Tsunoda joked about his tendency to get involved in incidents with other cars earlier in the season, and highlighted the need to improve his qualifying speed in order to continue fighting for victories.

"First of all, I think at the beginning of the season I struggled to keep my front wing until the end of a race!" said Tsunoda. "For that I made a big step from last week, and I didn't lose it!

"The race pace, especially from last week's feature race [also at Silverstone] we had a really good car to manage the tyres and came P3 from P9. This weekend it was P10 to P6, always gaining positions. We've a really good strategy and a good car.

"We need to improve our qualifying pace to make the races easier and help take podiums. Still, there's a lot of things to improve but it's a good step for Carlin and me." 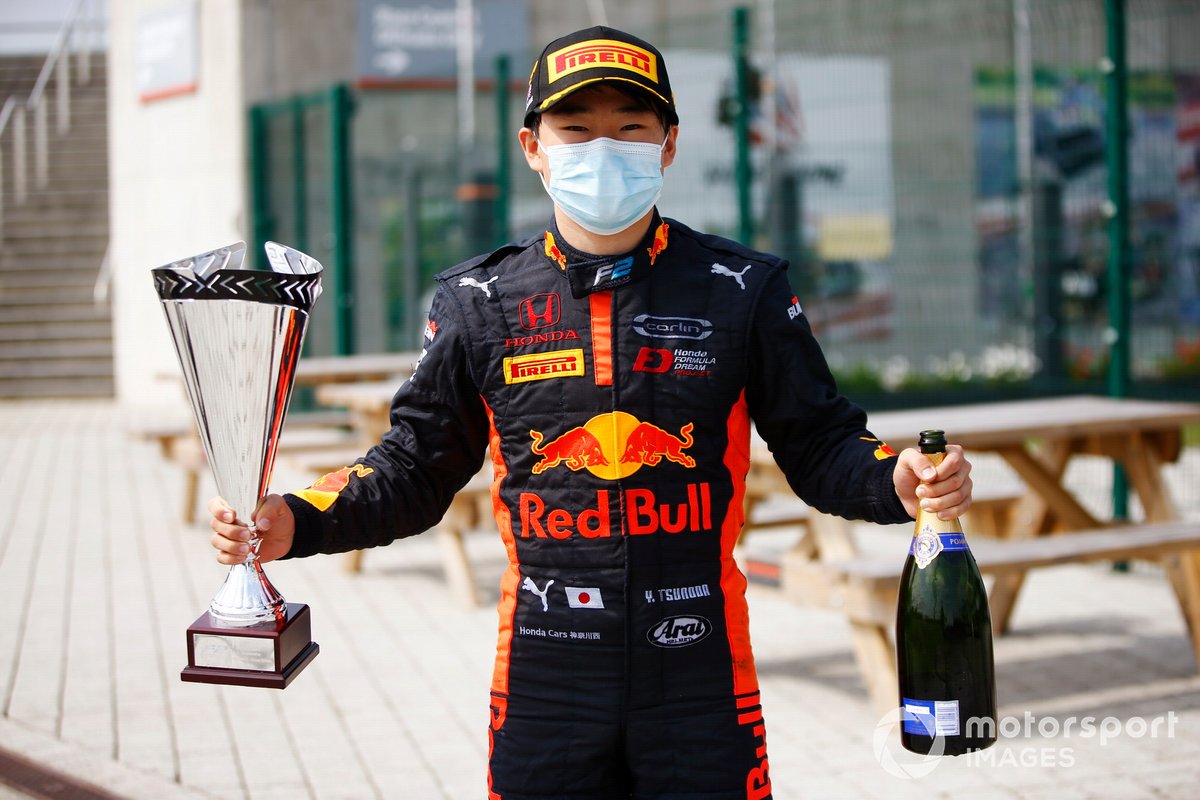 Yuki Tsunoda, Carlin poses with his winner's trophy and champagne