Back in 2013, it was revealed that Honda would resurrect its engine supply agreement with McLaren starting in 2015, giving Japanese drivers a clear route on to the European single-seater ladder for the first time since Honda and Toyota had pulled out of F1 in the wake of the 2008 global financial crisis.

F3 graduate Koudai Tsukakoshi had made it as far as testing a GP2 car in late 2008 before Honda’s bombshell left with him no option but to return to Japan, and after Toyota followed one year later, GP2 would be devoid of Japanese representation for four years.

That all changed when Honda’s return to F1 opened up the chance for the marque to place one of its junior drivers at no lesser team than ART Grand Prix - which had taken Nico Rosberg, Lewis Hamilton and Nico Hulkenberg to title glory - for the 2014 season.

Honda’s six-year absence from F1 created a ‘lost generation’ of domestic talent that either didn’t get the chance to race in Europe at all, like now three-time Super Formula champion Naoki Yamamoto, or had the rug suddenly pulled from under their feet, like Tsukakoshi.

Takuya Izawa can also be considered a member of this group. Having made his debut in what was then known as Formula Nippon and SUPER GT's GT500 class in 2008, Izawa was well-established as one of Honda’s top domestic drivers when he got the rather unexpected call to join McLaren protege Stoffel Vandoorne at ART in GP2. 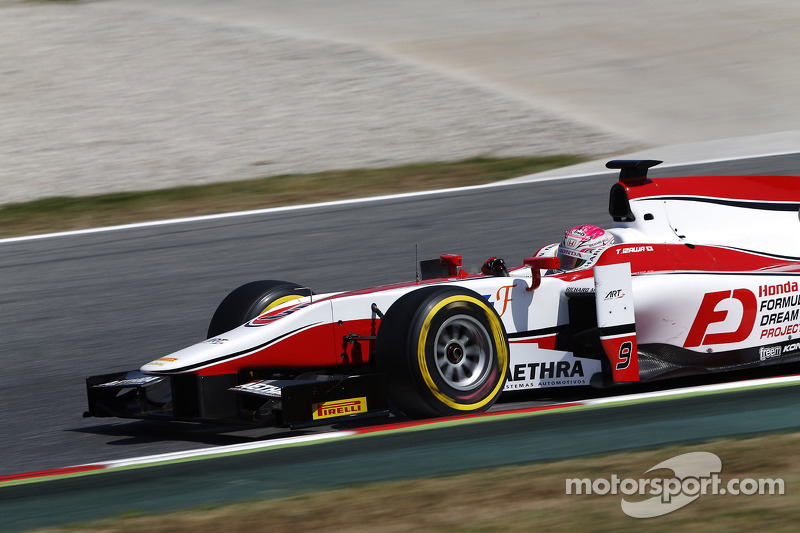 Funnily enough, it wouldn’t be the first time Izawa raced in Europe. Back in 2003, he had contested the German Formula Renault 2000 series with backing from ARTA, which was going through a phase of backing many Japanese drivers to race overseas (cf. Katsutomo Kaneishi in the DTM and Kosuke Matsuura in Formula Renault V6 Eurocup).

There were no wins, but Izawa did finish a respectable seventh in the standings, and was armed with knowledge of two tracks - Hockenheim and the Red Bull Ring - for his GP2 campaign a decade later. The rest he would have to learn from scratch, and in terms of Izawa’s career the ART chance was very much a case of right place, wrong time.

“It was difficult, especially as I was already 30 years old at the time,” Izawa recalls speaking to Motorsport.com. “It was a good experience but some bad memories. My teammate was Stoffel, he was very fast, but for me it was difficult with the team.

“I had to learn almost every circuit on the schedule, and we only had 45 minutes of practice each weekend. And then, in practice you usually use the hard tyre, and in qualifying the soft tyre… that was also hard to adapt to.

“In Super Formula the team usually changes the car set-up to suit the driver, but in GP2 it was the other way around, you have to adapt to the car.” 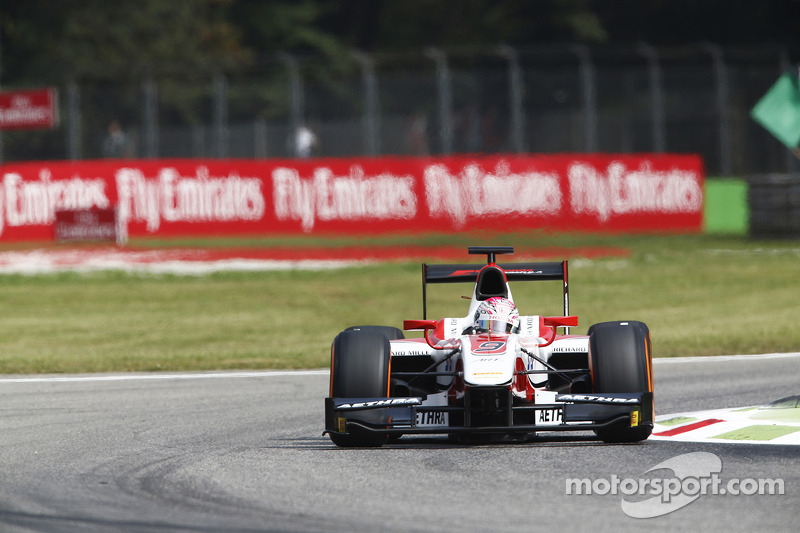 Given the huge disadvantage that Izawa faced in terms of track knowledge, it was little surprise that some of his best performances came in the Bahrain opener - where he had tested beforehand - and Austria, which was a new venue for GP2 as the Red Bull Ring returned to the F1 calendar that year.

The highlight of the year came in the Hungary feature race, as a well-timed pitstop during a safety car period allowed Izawa to come home fourth from the back of the grid. That became third place when Stefano Coletti was penalised post-race. Recalled Izawa: “I couldn’t stand on the podium, I just got given the trophy afterwards!”

Sochi, also a brand-new venue for 2014, was the only weekend of the year where Izawa genuinely challenged the front-runners in qualifying, grabbing third on the grid (his best up to this point was 16th). But this time the safety car proved his undoing as he had started on medium tyres, stayed out and then locked up at the restart, finally trailing home 20th after his pitstop.

By this time it was clear that Izawa was already eyeing up a return to Japan, having accepted an offer to join Ryo Michigami’s new Drago Corse team in Super Formula and making his comeback at Sugo a couple of weeks before the Sochi GP2 round.

Sure enough, in 2015 Izawa returned to Super Formula and SUPER GT while ART tried out both Tsukakoshi and Nobuharu Matsushita in the post-season Abu Dhabi test before settling on Matsushita, nine years the junior of Izawa, as Vandoorne’s 2015 teammate. 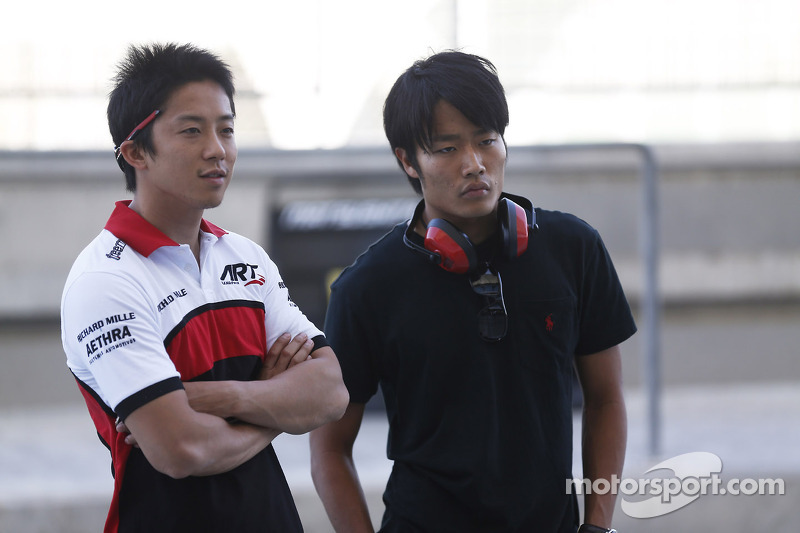 Izawa handed the baton over to Matsushita (right), who enjoyed a much more successful stint in GP2/F2

Izawa’s Super Formula career never recovered from his GP2 detour. After two years of being a frontrunner for Dandelion Racing, winning three races and peaking at third in the standings, he was placed at Real Racing for his return season in 2015, and wouldn’t win a race again - although he would get his old Dandelion seat back in 2017 after it was vacated by none other than Vandoorne.

Izawa finally bowed out of Super Formula after one season with Nakajima Racing in 2018 and since then he has focused solely on SUPER GT, switching over from ARTA to Satoru Nakajima's eponymous squad in 2020. Now 38 and the elder statesman of the Honda GT500 line-up, there’s a feeling that it won’t be long before the newer generation inevitably takes over.

“For sure if I didn’t go to GP2 maybe my career would have been different,” says Izawa when asked if he has any regrets about his European sojourn. “But it’s hard to say it would have been better or worse! I’m still driving [in SUPER GT], so it’s ok.

“I want to stay here as long as possible, but I understand that the time is coming soon to finish my career. That’s why I really want to win a race with [Nakajima] and Dunlop. If you have good results, you can stay here." 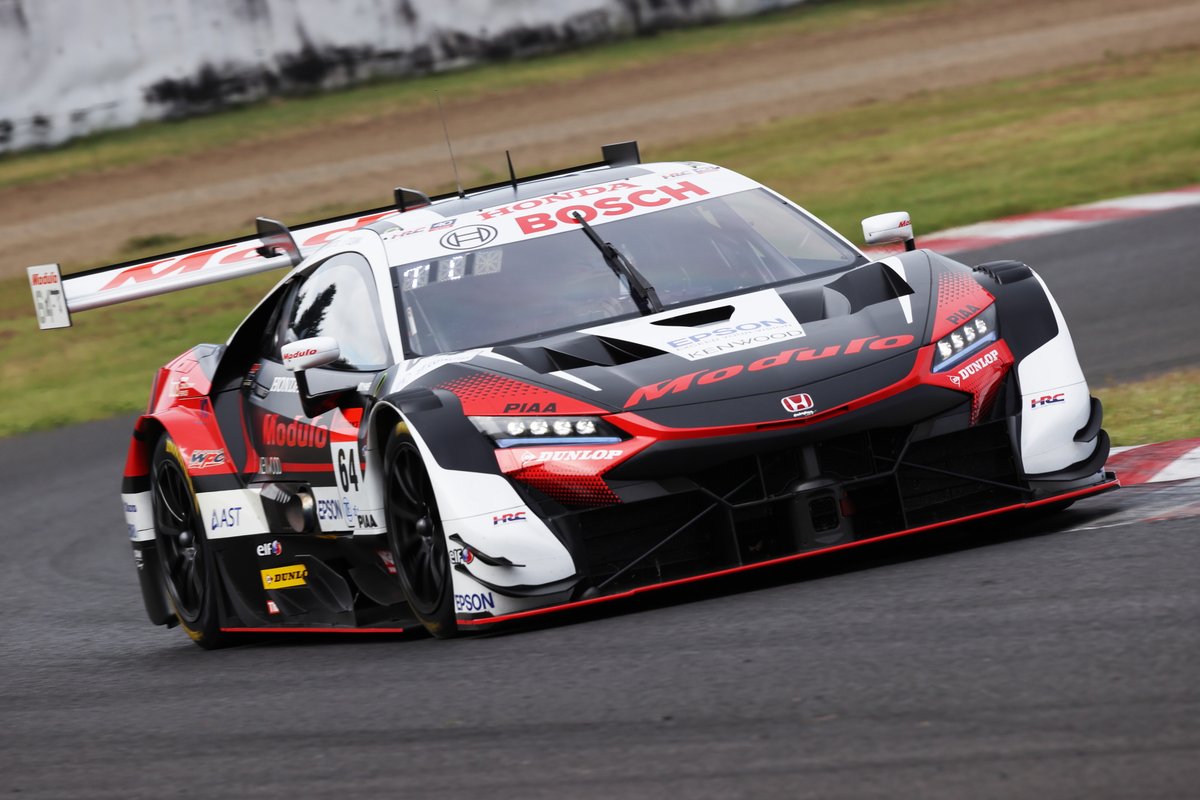