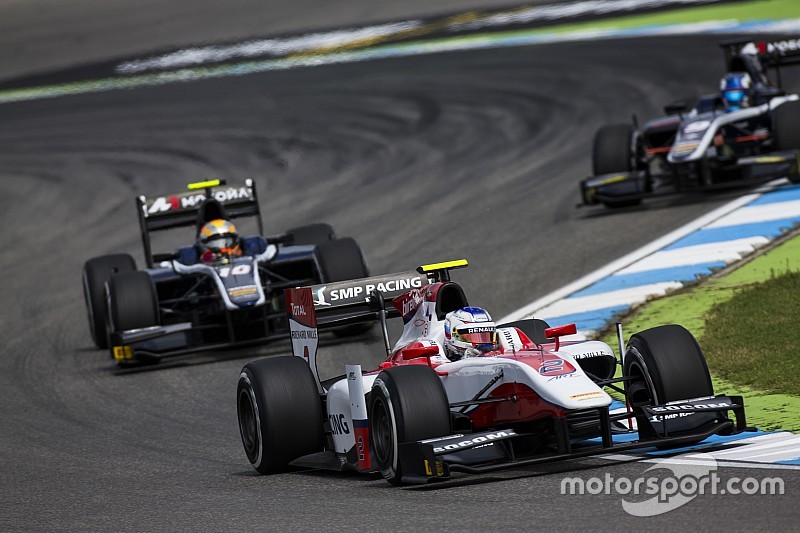 Sergey Sirotkin took his third pole of the season in the GP2 qualifying at Hockenheim, beating Pierre Gasly by the tiny margin of 16 thousandths.

Sirotkin narrowly headed Prema duo Gasly and Antonio Giovinazzi after the first set of representative times but dropped outside the top five by the time he pitted.

Giovinazzi lowered the benchmark by half a second with his next flyer but Raffaele Marciello demoted him to second before stopping.

Once back on track, Marciello failed to improve with his first attempt and soon fell behind Gasly, who managed to take the lead despite locking up at Sachs while trying to pass Gustav Malja, the Swede running a slow lap.

The Frenchman went even quicker by three hundredths next time around but his time wasn't enough to stay ahead as Sirotkin edged him out by 0.016s.

With a couple of minutes still remaining on the clock, Gasly and Marciello both already pitted and couldn't improve as a result.

Sirotkin's time of 1m22.193s went unbeaten for the rest of the session, the Russian taking his third pole of the season.

Gasly had to settle for second as the second row will be filled by Italian duo Marciello and Giovinazzi.

UPDATE: Giovinazzi has been excluded from the results after the height of his car's undertray did not comply with the regulations.