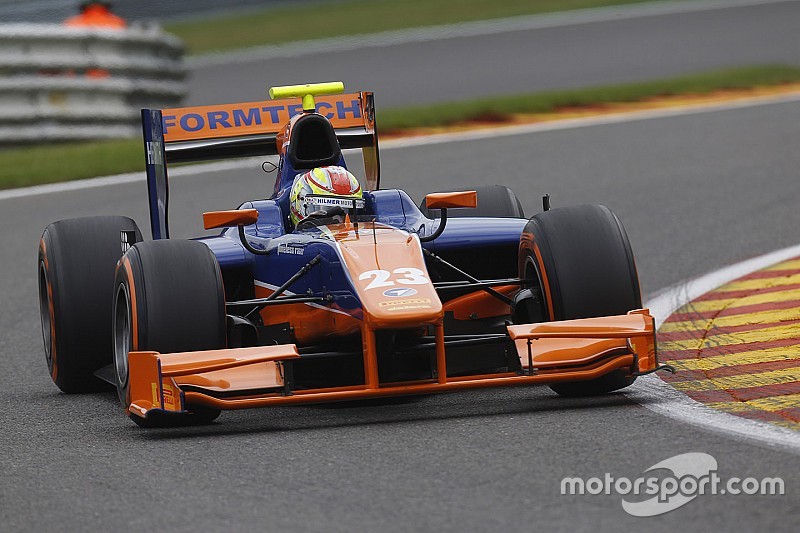 German team Hilmer Motorsport has confirmed it is aiming to make a return to GP2 Series competition, having skipped the 2016 campaign.

It replaced Portuguese squad Ocean Racing Technology in 2013 and finished a credible sixth in the teams' standings.

But after securing a spot on the entry list for the 2014-2016 cycle and partnering up with F1 team Force India, Hilmer dropped down the order in its second year, could only run an incomplete campaign in 2015 and was missing from the grid altogether this year.

"We want to return to the podium as quickly as possible. Talks with drivers who are keen on winning and who want to succeed together with us have begun," team boss Franz Hilmer said in a statement.

"We created a clear hierarchy, we realigned the team structure and thus continuously improved ourselves."

Maik Schiede, who will now run the team alongside its namesake Hilmer, said: "I think that we can put together a strong and young team under the aspect of diligence and meticulous work for success. The challenges in GP2 in 2017 and especially beyond require it. And we will gear ourselves up for it."

The GP2 Series, which is set to continue with the Dallara GP2/11 chassis for 2017, is yet to announce a team roster for next year.

However, doors could theoretically be open for Hilmer's return, given that the slot the German squad vacated in 2016 was not taken over by another outfit.

Bernstorff gets GP2 debut with Arden