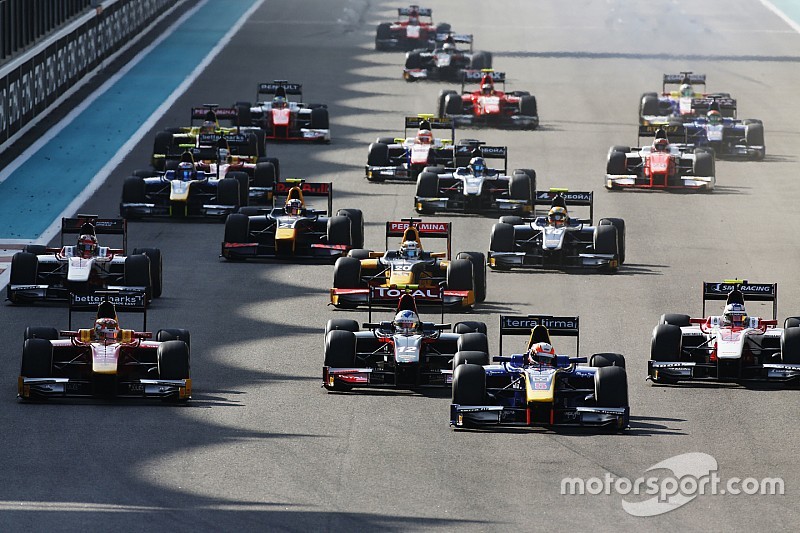 GP2 boss Bruno Michel says the series is targeting a switch to V6 engines to be closer in spec to Formula 1, but likely won't be adopting wider tyres.

The series' current car – the Dallara GP2/11 – is to be replaced for 2018. Previous iterations, the GP2/05 and the GP2/08, had only remained in the series for a three-year cycle each, but the GP2/11's lifespan has been extended due to financial considerations.

By the end of 2017, it will have been used for seven seasons.

“We keep the same car for 2017, for economic reasons,” Michel told Motorsport.com. “We need to be careful, because there is not so much money on the market.

"The drivers are bringing most of the money to do our series, and we need to make sure that there are enough drivers with enough money to do it.

“And having teams buy new cars for 2017 would probably have been a little bit difficult. I'm not saying it would have been impossible – but we needed to be careful, so we decided to delay by one more year the new car.”

GP2 has used normally-aspirated V8 engines since the series' inception in 2005, but the 2018 regulations are set to introduce V6 turbo units instead.

Michel said, however, that GP2 is unlikely to follow F1 in switching to wider tyres.

“I'm not sure about wider tyres,” he said. “It [the car] will be more like Formula 1, for sure. Because we do every three years a new car that looks as much as possible as Formula 1. After that, Formula 1 changes every year, but we don't.

“We will go probably with the V6 engine, turbocharged. And tyres… I'm not sure we'll go wider tyres, because I'm happy with the races we have now. And I don't know in which direction it might go with wider tyres.”

Asked how different GP2-spec tyres would be to those used in F1, Michel said: “In terms of dimension, yes, but not in terms of supplier. They [F1] will go with wider tyres, so things are going to be different. But the idea that Pirelli will still help them [the drivers] to be prepared for Formula 1.

“Even with tyres with of not the same dimensions, they will have same type of degradation and so on.”

The GP2 boss also warned that hybrid engines were off the table for his series: “Too expensive.

"If we want to go with hybrid, we escalate the cost completely, massively. And this is the last thing we want to do.”