Alesi steps up to F2 with Trident 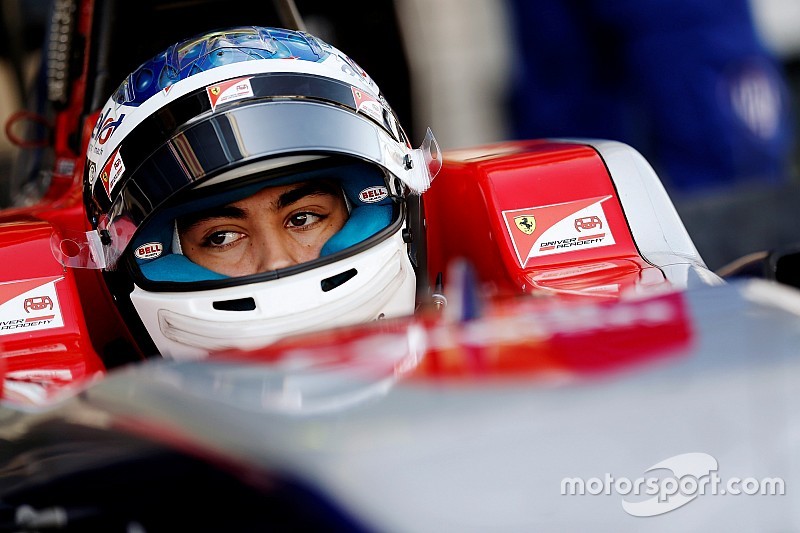 Ferrari Driver Academy member Giuliano Alesi will step up to Formula 2 next season with Trident Racing, it has been announced.

The 19-year-old Frenchman, who is the son of ex-Formula 1 driver Jean, has spent the last three seasons in GP3 with the Trident outfit.

He won three races in 2017 on his way to fifth in the championship, but endured a tougher season this year as he managed to only take one more victory and ended up seventh overall.

Alesi spent two days with Trident's F2 team in post-season testing at Abu Dhabi and has now been named as the Italian squad's first confirmed signing for the 2019 campaign.

"It's an amazing opportunity," said Alesi. "First of all I want to thank Trident as it's going to be a pleasure to continue racing with them in F2. This is a new category, a new adventure, which I'm really looking forward to.

"This year hasn't quite gone as we all hoped, but I'm really looking forward to a successful season with Trident in 2019. We are going to work hard this winter, and try and come back as strong as possible for the season opener."

Alesi placed 13th on his first day of running in the Abu Dhabi test, before improving to sixth the following day, just half a second off the pace.

"I'm happy with the first test, because I could manage to do a good lap time and finish P6 on the final day," added Alesi.

"It was my first experience with an F2 car, so I couldn't put the sectors perfectly together, but in general it went well. It's a good start, and I keep working hard."