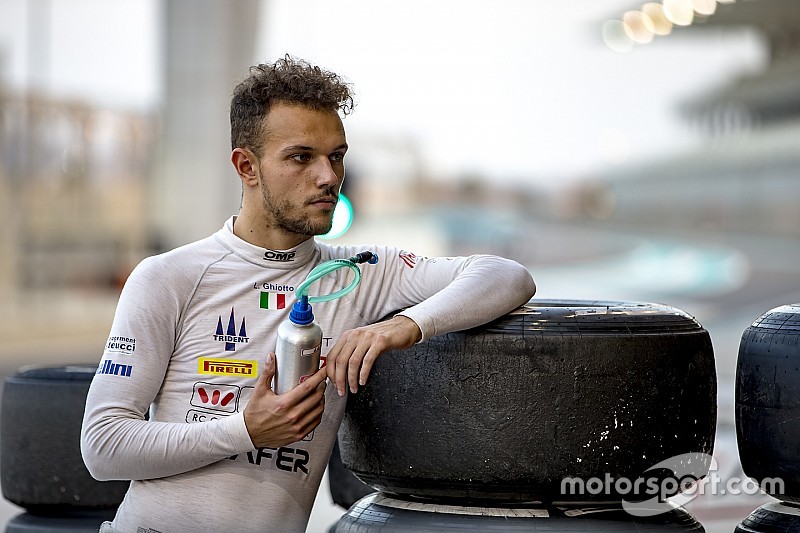 Italian racer Luca Ghiotto has secured his future in the GP2 Series, as he is to partner Artem Markelov at Russian Time in the 2017 campaign.

Having graduated from GP3 after finishing runner-up to Esteban Ocon in 2015, Ghiotto produced an eye-catching GP2 rookie season with Trident last year.

The Italian was the second-best newcomer of the series behind Antonio Giovinazzi as he finished eighth, taking en route a maiden victory in the Sepang sprint race.

His continuation in GP2 appeared in some doubt before Russian Time confirmed him as replacement for compatriot Raffaele Marciello.

“Let me firstly thank all at Russian Time for the great opportunity they have offered me,” Ghiotto stated. “Having crossed their cars a few times in 2016, I know how good they are! I think we have great potential to develop together.”

Ghiotto's teammate Markelov will remain at Russian Time for a fourth straight year, having likewise claimed a maiden win in 2016.

The Russian outfit has become a regular presence in and around the front of the GP2 pack since its debut campaign in 2013, when it won the teams' title with Sam Bird and Tom Dillmann.

“I’m delighted to be able to announce such a promising line-up that will hopefully allow us to challenge for the teams’ championship that we won in 2013,” team boss Svetlana Strelnikova said.

“The fact that four different teams have claimed the title in the past four seasons is a good illustration of just how competitive the series is. We are all hugely looking forward to it.”

Former Manor test driver King to remain in GP2 in 2017