Luca Ghiotto could end up missing a number of Formula 2 rounds this season if they clash with his GT racing commitments with the R-Motorsport Aston Martin outfit.

Ghiotto is slated to contest both the Endurance and Sprint Cup segments of the rebranded GT World Challenge Europe series for R-Motorsport, having signed the deal late last year before an unexpected opportunity to stay in F2 with new squad Hitech arose.

The Italian had been facing five clashes between the two programmes before the coronavirus pandemic forced the start of both championships to be delayed.

With GTWCE organiser SRO adamant that it still plans to run a 10-round calendar whatever happens, Ghiotto faces the prospect of a reduced F2 schedule.

"Even before the pandemic the calendar was organised perfectly and I didn't have many free weekends, but now I don't know how I'm going to handle the clashes," Ghiotto told Motorsport.com. "I'll have to do it all over again.

"My priority is GT. It was the first contract I signed and it has priority over everything. Obviously, it has to be Aston Martin who tells what to do. I will follow what they tell me."

Ghiotto made his GT3 debut in early February at the Bathurst 12 Hours, sharing one of R-Motorsport's Vantages with Oli Caldwell and Marvin Kirchhofer, but the car was withdrawn after a monster crash for Kirchhofer in qualifying. 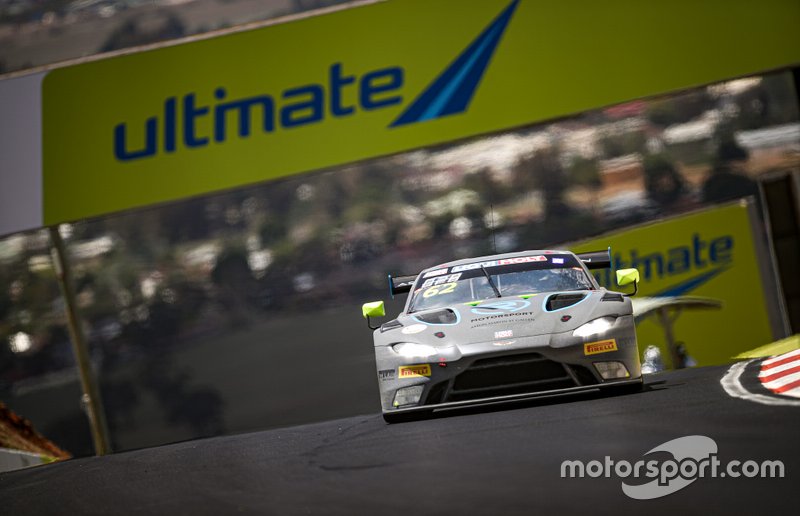 Despite the slower speeds involved, Ghiotto says so far he has found GT3 racing to be more enjoyable than his single-seater exploits.

"I think driving an Aston is an honour because of the importance of the brand," said the 25-year-old. "It's a car not often used in GT racing, but it's a lot of fun.

"It is certainly slower than an F2 car, but I can enjoy it more. You have time to enjoy the sensations better than with an F1 or F2 car, cars that are so demanding to drive that you don't have time to think about anything else."

Ghiotto, who will partner Nikita Mazepin at Hitech in F2 this year, set the fastest time of the Bahrain pre-season test, which took place earlier this month before the opening round of the season at the same track was postponed.

He says that the championship's switch to 18-inch tyres means that his four seasons of F2/GP2 experience will now be worth less, because of the new rubber's behaviour.

"It's very different, I noticed it in the race simulations," said Ghiotto. "It almost seems that what we learned in the past with the old tyres is no longer useful now.

"I had to adapt a lot in Bahrain and it wasn't easy at all. The new Pirellis have improved in places where the previous ones were really hard to handle, while the positive sides of the 13" tyres have now become the negatives of the 18" tyres. Their characteristics are reversed."