Gasly: I should have given de Jong more room 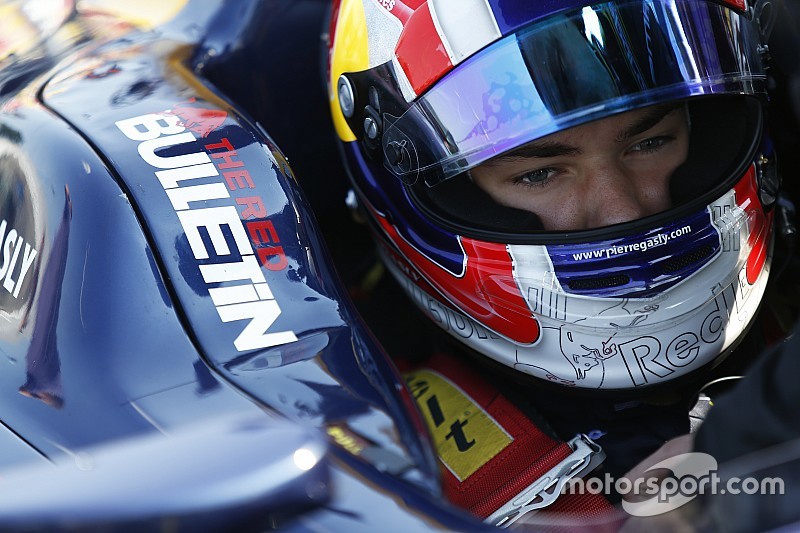 Pierre Gasly admits that he was to blame for the spectacular shunt in Saturday’s GP2 feature race at Spa that left Daniel de Jong in need of back surgery.

The Dutchman suffered a broken vertebrae after hitting the tyre barriers at the high-speed Blanchimont corner, a result of light contact with Gasly, who appeared to squeeze him to the edge of the track during their tussle for position.

Speaking with Motorsport.com after the race, the Red Bull junior driver conceded that he was the one at fault, and that he should have allowed de Jong more space in their battle.

“I caught up with [Andre] Negrao, I tried to overtake him in Turn 15 [Stavelot] and it was a bit tight,” recalled Gasly. “I saw him closing the door, he had not seen me, so I let go.

“Then, I saw Daniel catching up with me; he had got a better exit than me before the straight. He started moving to the side.

“I saw him alongside me, but he wasn't gaining ground anymore, he was level with my wheel, and then, I started looking at Blanchimont. He had enough room to be alongside.

“Just before turning in, I felt that there had been contact. Looking at the footage, I should have given him more room indeed.”

“However, at that moment, I wasn't looking in my mirror because you're doing 280kph and coming to Blanchimont, which is on the limit.”

“I felt kind of bad about it”

The race was red-flagged after the incident to allow de Jong to be extracted from the car and for the badly damaged tyre barrier to be repaired, and Gasly confessed his guilt for having caused a fellow competitor to be injured.

“I was afraid for him, because when I saw how it was going, how long it was taking, I imagined the worst scenarios,” the Frenchman admitted.

“I felt kind of bad about it, having collided with him and the situation being so serious. It's less than it could have been, but it's still serious.

“I hope he can come back quickly and have a speedy recovery!”