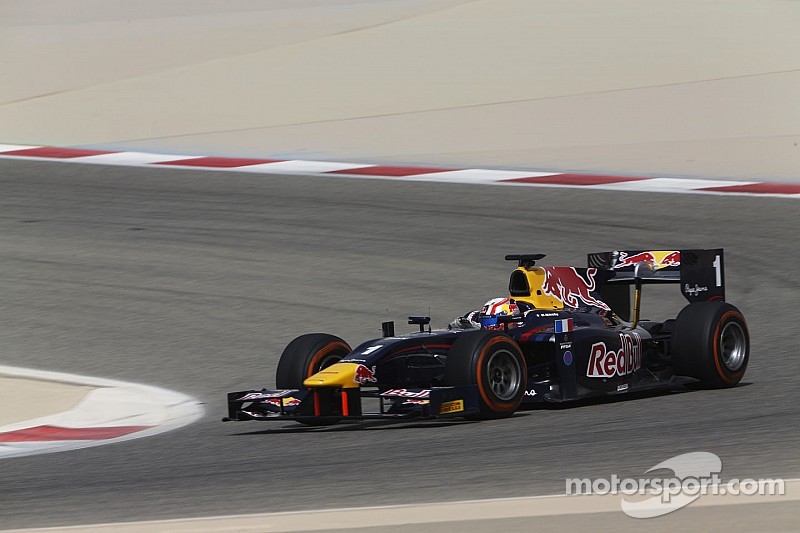 Red Bull junior Pierre Gasly led the way on the final day of pre-season testing ahead of the start of the GP2 season in Bahrain.

The Frenchman set the quickest time of the week in the morning session today, a 1:39.632 lap putting him just 0.014 seconds clear of McLaren protege Stoffel Vandoorne in the ART Grand Prix car.

Unlike yesterday, all the best times were set in the morning, as teams focused on longer runs in the afternoon as the track temperatures continued to rise.

In an incredibly tight session, less than a tenth of a second separated the top five drivers.

Times were around two seconds slowed in the afternoon session, which was interrupted when Norman Nato's car started to catch fire 30 minutes in.

The GP2 season kicks off in Bahrain in two weeks.