Ferrari academy driver Ollie Bearman will move up to FIA Formula 2 in 2023 with Prema, the team has announced.

The Briton, who finished third in his rookie FIA Formula 3 season this year, will stay with the Italian outfit for his move up the single-seater pyramid.

Motorsport.com reported last month that the team was close to finalising a deal before it was confirmed on Monday.

Bearman will make his F2 debut during the post-season test in Abu Dhabi next week.

Bearman, alongside Arthur Leclerc and Jak Crawford, helped secure Prema its third F3 teams' championship in four years, having narrowly missed out to Trident in 2021.

The 2021 ADAC and Italian F4 champion is a finalist for the 2022 Aston Martin Autosport BRDC Young Driver of the Year Award, having also reached the finals in 2021.

Bearman said: "I'm really excited to continue another year with the PREMA family, this time in F2.

"I'm really happy with how my first season went in F3. It was a really nice introduction and I felt like the team coached me throughout the year really well.

"I will continue to work hard over the winter with the Ferrari Driver Academy, in order to be fully prepared for 2023.

"It will be a tough challenge, but everyone works so hard and I'm really looking forward to the challenge.

"I'm already really excited for the test in Abu Dhabi and for the first round of 2023 in Bahrain." 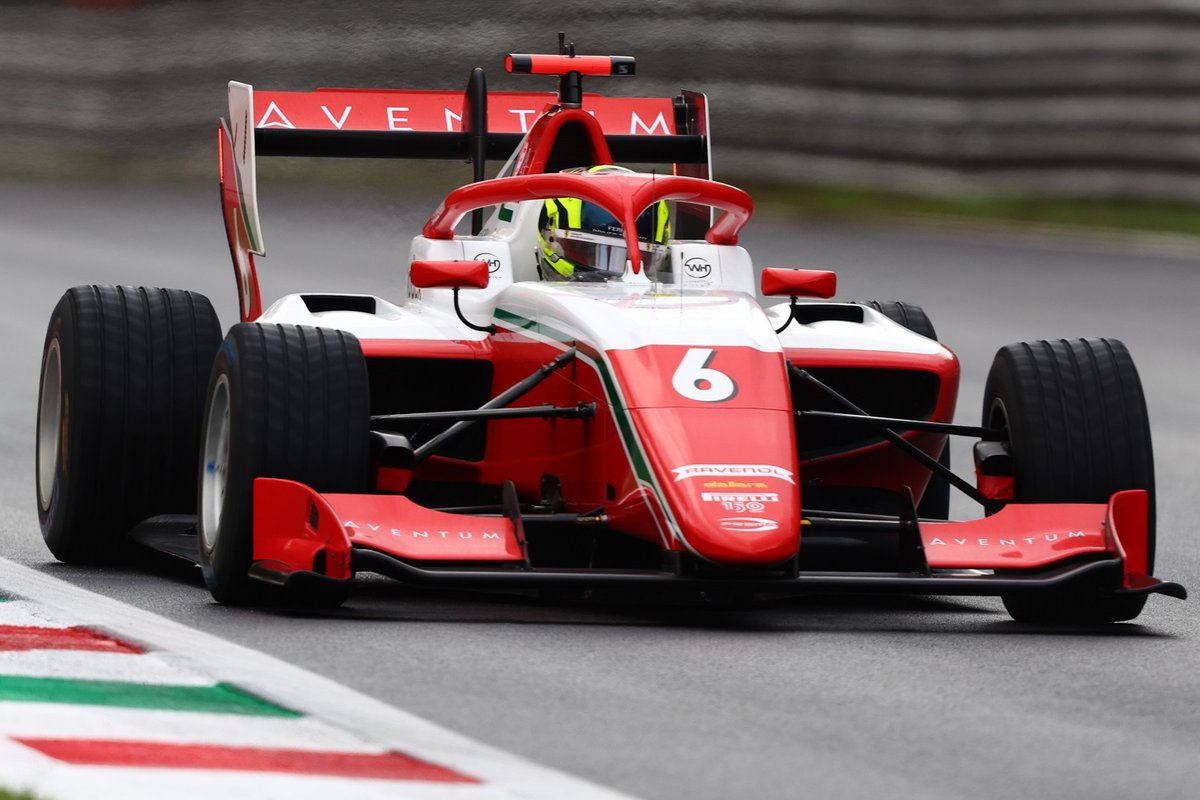 Team principal Rene Rosin added: "We were amazed by how quickly and successfully Ollie transitioned from F4 to Formula 3 racing.

"He is a really talented driver, and while he will be making his first steps in the FIA Formula 2 championship, we are confident he will improve race by race with the support of our team and the Ferrari Driver Academy as well.

"It won't be easy, because the step from F3 to F2 is considerable, but we are confident in his potential for the season ahead."

Meanwhile, Maloney will make his F2 debut this weekend in Abu Dhabi with Trident.

The 19-year-old will drive alongside Richard Verschoor at the Italian team for the season finale at Yas Marina Circuit, replacing Calan Williams.

Bearman's move to F2 comes after it was confirmed that 2021 F3 champion Dennis Hauger will leave Prema to join MP Motorsport for the 2023 season.

The Norwegian will join the Dutch squad that ran Felipe Drugovich to this year's title and is currently joint-top of the teams' standings with ART Grand Prix.

Hauger will take part in all three days of the Abu Dhabi post-season test with MP following the final round of the 2022 season at the Yas Marina circuit.

Over the Brazilian Grand Prix weekend, Red Bull Formula 1 team advisor Helmut Marko confirmed that Enzo Fittipaldi will join Carlin next year, and has become a member of the Red Bull Junior Team.