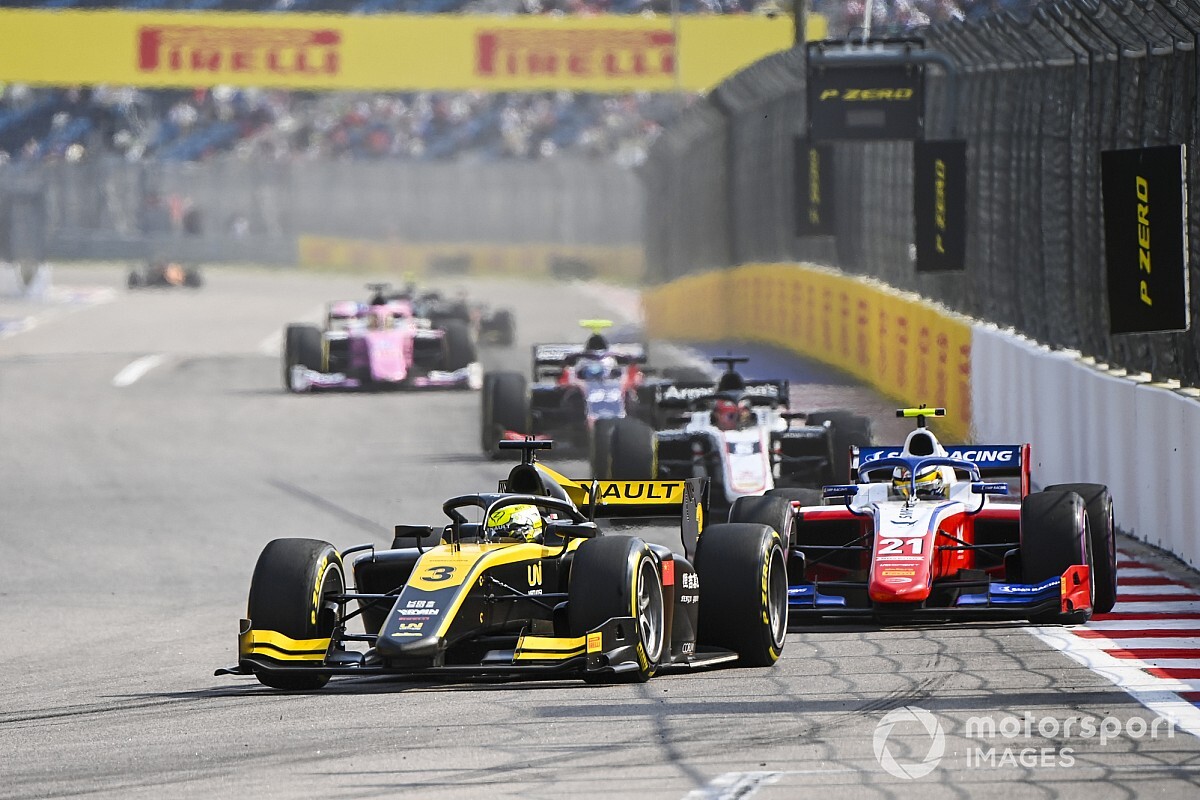 Formula 2 and Formula 3 will both visit new circuits in 2021 after unveiling their provisional calendars on Tuesday.

Following confirmation last week that F2 and F3 would no longer share race weekends in a bid to cut costs for both championships, the series announced their schedules shortly after F1's calendar was unveiled.

F2 will begin its season in Bahrain on 26-28 March before supporting the Monaco Grand Prix at the end of May, followed by a visit to Baku two weeks later.

Silverstone will play host to round four of the season before the summer break, which will last close to two months for F2 before the next race at Monza. Sochi will then host round six of the season on 24-26 September.

The newly-announced Saudi Arabian Grand Prix in Jeddah will be supported by F2, taking place on 26-28 November before the season finale takes place in Abu Dhabi on 3-5 December.

Each round will be made up of three races, with the precise weekend format set to be confirmed at a later date.

The returning Dutch Grand Prix will be supported by F3 at Zandvoort on 3-5 September, followed by the season finale at the Circuit of The Americas in Austin, Texas on 22-24 October.

"As announced last week, one of our costs control measures for 2021 is to limit the number of rounds which will automatically lessen the teams' budget," said F2 and F3 CEO Bruno Michel.

"But thanks to F1 and the FIA's support, we will now have three races per event.

"The 2021 F2 provisional calendar is a mixture of European and overseas circuits, with venues that have always been very popular amongst the drivers and the fans alike. The addition of Jeddah in Saudi Arabia makes it all the more exciting.

"I'm quite interested to see the F3 cars run at Zandvoort and Austin. These are two exciting new venues for us. We will also go back to Le Castellet where we saw great racing in previous years."

Tsunoda will push Gasly within a few races, predicts Carlin