Oscar Piastri wrapped up the Formula 2 Championship with two races of the season remaining after finishing third in the opening sprint race won by Jehan Daruvala in Abu Dhabi.

The Prema driver produced yet another impressive drive to climb from 10th to third which was more than enough to secure the title early.

While the Australian enjoyed championship glory thanks to a 10th podium of the season, Jehan Daruvala managed to hold off Felipe Drugovich by 2.079s to score a second victory of the season.

After losing the final podium spot to his teammate, Robert Shwartzman came home in fourth behind champion Piastri.

Reverse grid polesitter Daruvala made a perfect getaway to lead the field into Turn 1 while Dan Ticktum, who started alongside the Red Bull junior, bogged down and dropped to fourth by the first turn.

Behind, Piastri made a rapid start from 10th to emerge in sixth behind Prema teammate Shwartzman.

Shwartzman was next to make a move on lap 3 when he overtook Ticktum for fourth at Turn 6-7 chicane. Piastri followed his teammate through on the British driver moments later.

At the front, Daruvala continued to come under pressure from Drugovich with less than a second separating the Carlin and Uni Virtuosi drivers.

As this battle was playing out Shwartzman continued to be the driver on the move as he caught and passed Liam Lawson for third. A lap later Piastri managed to take fourth from Lawson at the chicane once again.

The Prema pair soon found themselves on the back of Drugovich and Daruvala battle for the lead as the race approached half distance. 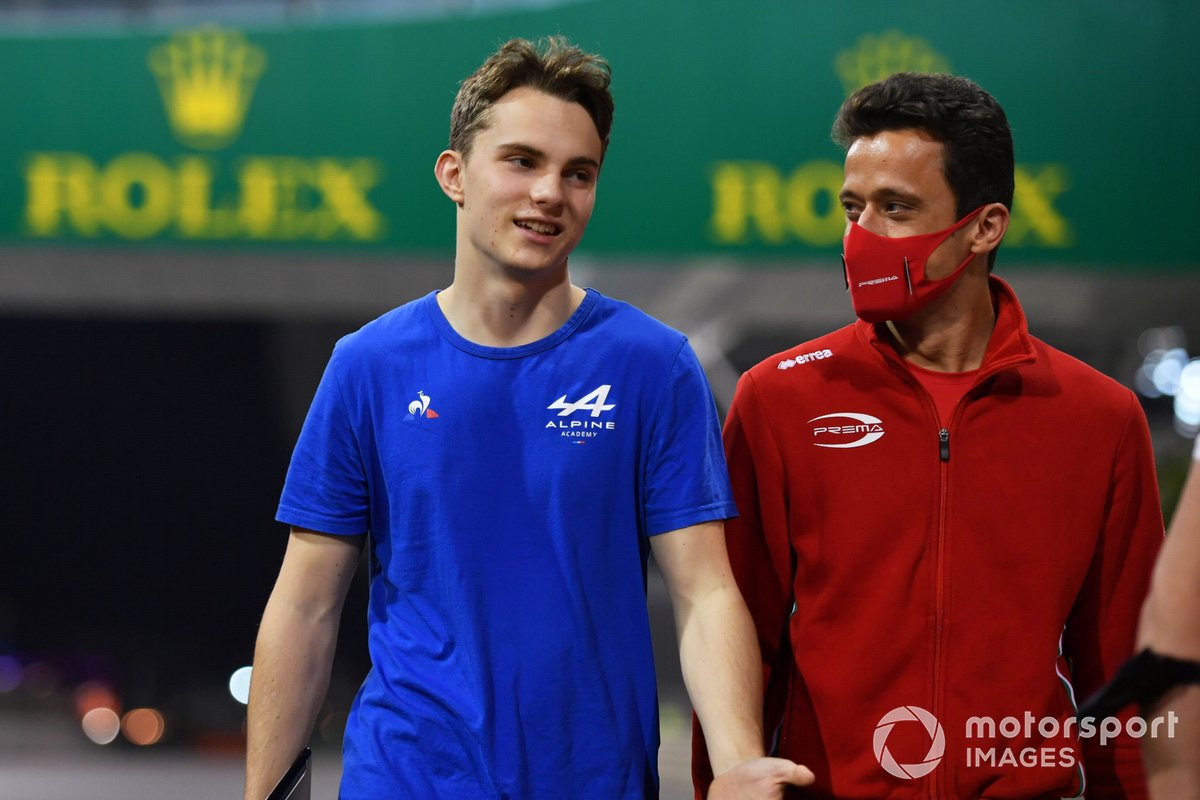 Drugovich attempted to pass Daruvala with the pair going side-by-side for several corners before the latter was able to shut the door and preserve the lead.

That proved to be Drugovich’s only change as Daruvala managed to get a second wind and was able to pull clear of the Brazilian, who feel into the clutches of Shwartzman.

With four laps remaining Piastri was not to be denied a podium as he managed to slip by Shwartzman for third at the Turn 6-7 chicane.

In the end, Daruvala took the chequered flag from Drugovich, Piastri with Shwartzman in fourth.

Lawson came home in fifth ahead of Ticktum, Theo Pourchaire and Guanyu Zhou.

The top 10 was rounded out by Ralph Boschung and Marcus Armstrong, with Jack Doohan slipping into 11th spot.

The race ran largely without incident with the returning Richard Verschoor and Jake Hughes the only retirements.