Double Podium for Isport in Monza 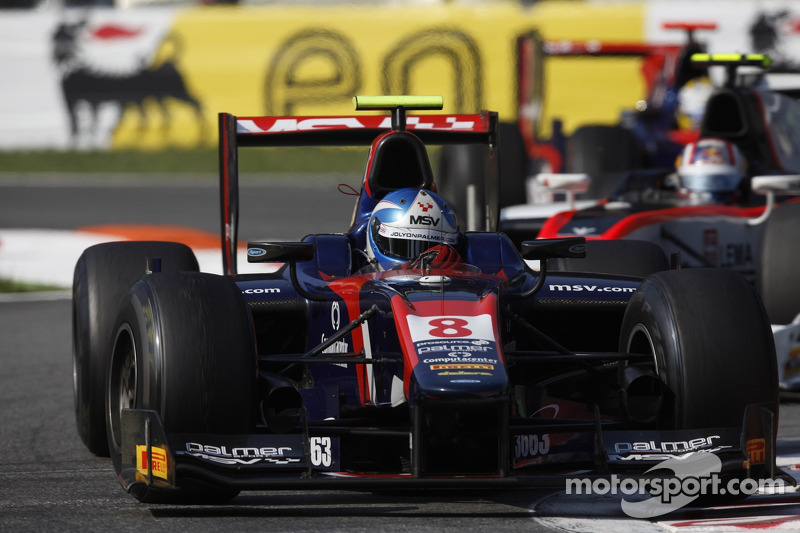 This weekend saw both iSport’s drivers, Marcus Ericsson and Jolyon Palmer, up on the podium in what was the last European race of the GP2 Season.

Friday’s Free Practice saw Ericsson get off to a flying start, and contending for the top spot throughout the 30 minute session, which saw the driver finish 5th. Palmer unfortunately was unable to get a clear lap, and finished in 20th place.

Qualifying saw a slower start for Ericsson, dropping to 12th place on his first outing. On his second stint, he improved on his lap times, and went up to 5th but in the final minutes he dropped down to 6th, where he finished after a Yellow flag ended the session early. 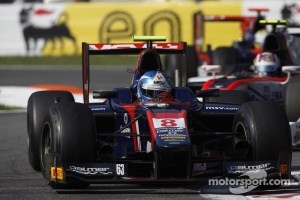 Palmer had a great start being in the top ten in the first half of Qualifying before pitting. He then went out 13th, but a spin by Chilton resulted in a yellow flag, preventing any improvement, leaving Palmer down to 15th place, a frustrating session for him.

The Feature Race on Saturday saw Palmer make a fantastic come back from 15th, after an incredible getaway taking him up 5 places on his first lap. The he continued to shine, making a great overtake on Gutierrez to take 9th place. After a pit stop shuffle Palmer sat in 7th place, with Valsecchi his next target but after an attempt to overtake the Championship leader, he decided to settle for an impressive 7th place.

Meanwhile Ericsson, who started 5th on the grid after Ceccoto’s 5-place penalty at Spa, had a good start to arrive at turn 1 in 3rd. After pitting he was 4th, but successfully made his move on Chilton, securing himself another podium finish in 3rd place.

Sunday’s Sprint Race saw Marcus start 6th, but move into 5th in the opening lap where he remained for a while. In a battle with Coletti, Ericsson took 4th but lost it shortly after, then after challenging Colletti again, ran wide and lost two places to Ceccoto and Chilton, which saw the Swedish driver finish 7th at the chequered flag.

Palmer who started on the front row, lost a couple of places in the opening lap, but made a move on Coletti to take 3rd. Coletti tried to regain his position from Palmer, but the iSport driver was too quick, and sailed away to make a lasting gap, securing his third podium finish of the season.

Paul Jackson – Team Principal: “The team and both drivers have performed extremely well over these difficult double header races and have scored an impressive 66 points over the two weekends. Both drivers have raced really well and the engineering team has delivered a competitive car at two very demanding tracks.

The workload continues with preparations for our trip to Singapore and the drivers go there feeling confident and looking forward to the challenge of another new and demanding track.”

The results from the weekend saw iSport move up into 5th position in the Team Championship, just a few points behind Racing Engineering and Arden International, and leave the team in a position to challenge for one of the top spots.

The season Finale on 21-23 September in Singapore will be a whole new experience for GP2 and all the teams, with it being the first time GP2 have raced at the circuit.