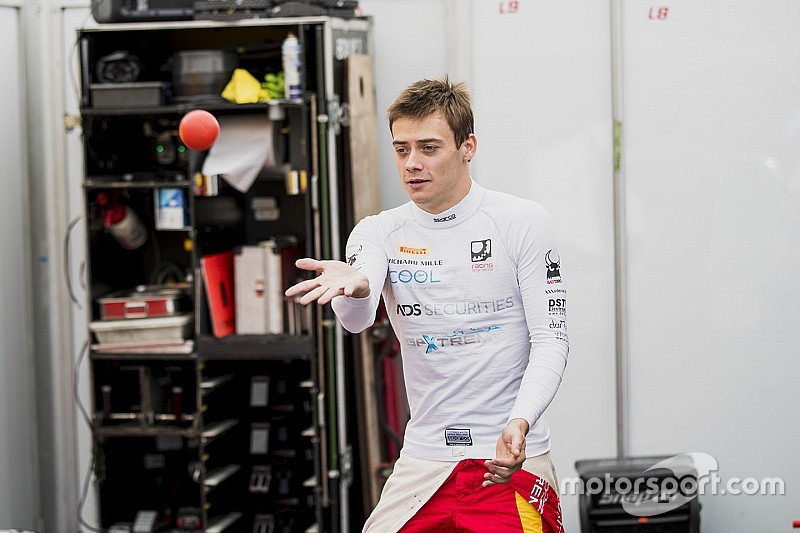 Nyck de Vries and Louis Deletraz will switch their Rapax and Racing Engineering seats for the final four Formula 2 rounds in 2017, as Roberto Merhi will partner the latter.

Deletraz entered F2 after narrowly missing out on Formula Renault 2.0 NEC, Eurocup FR2.0 and Formula V8 3.5 titles in the past three years and taking runner-up in all three cases.

The 20-year-old was part of Renault's junior scheme in 2016, but was dropped from the programme this year.

Deletraz, mentored by Romain Grosjean, joined Racing Engineering for the 2017 campaign but has endured a difficult rookie season so far, having scored only one point.

He will switch to Rapax for the final four rounds of the season, the Italian squad currently sitting fifth in the teams' championship.

The majority of the team's points were scored by Nyck de Vries, who is currently eighth in the standings, and will take Deletraz's place at Racing Engineering.

De Vries, who has ties with McLaren's F1 and Audi's DTM programme, has scored a victory in Monaco, and scored further three podiums in Baku and Hungary.

Rapax's second car, which has been shared between Johnny Cecotto and Sergio Canamasas so far, will be filled by former F1 driver Merhi in Belgium.

Merhi will return to the series after competing in the Barcelona round with Campos.

Deletraz, De Vries and Merhi will make their debut with their new teams this weekend at Spa-Francorchamps.

Norris could make F2 move with Prema in 2018