Dan Ticktum says he has a "couple of options" for next season and would be looking for drives in IndyCar, DTM and Formula E if he moves away from Formula 2 in 2022.

The former Red Bull and Williams Formula 1 junior driver is facing an uncertain future in the sport after admitting earlier this month that he's blown his chances of achieving his ultimate goal of reaching F1.

However, Ticktum helped his cause to land a drive for 2022 by producing a faultless drive in difficult damp conditions to win Saturday's only F2 sprint race at the Sochi Autodrom.

While happy to have won the race, he described the victory as bittersweet given his future prospects. But the 22-year-old did reveal post-race that he has some options for next year and believes he has "too much to offer" to consider ending his motor racing career.

"Winning is not going to hurt," he said when asked how timely this victory could be for his future.

"I just don't really know what to say, to be honest. The last few weeks I have been accepting the fact that I'm not going to achieve my goal.

"I don't want to get depressing but it is depressing. The superlicence denied me a few years ago. I've done some stupid things along the way and I don't know where I'm going to end up.

"I've always said if I don't make it to F1 I will bugger off and do something else if I'm honest, but without being arrogant I think I have got too much to offer behind the steering wheel.

"I have a couple of options but it is not the best time."

When asked to elaborate on his options for 2022, he added: "I can't say exactly anything but anyone with half a brain will know its IndyCar, DTM, another year of F2 pretty much or maybe Formula E. 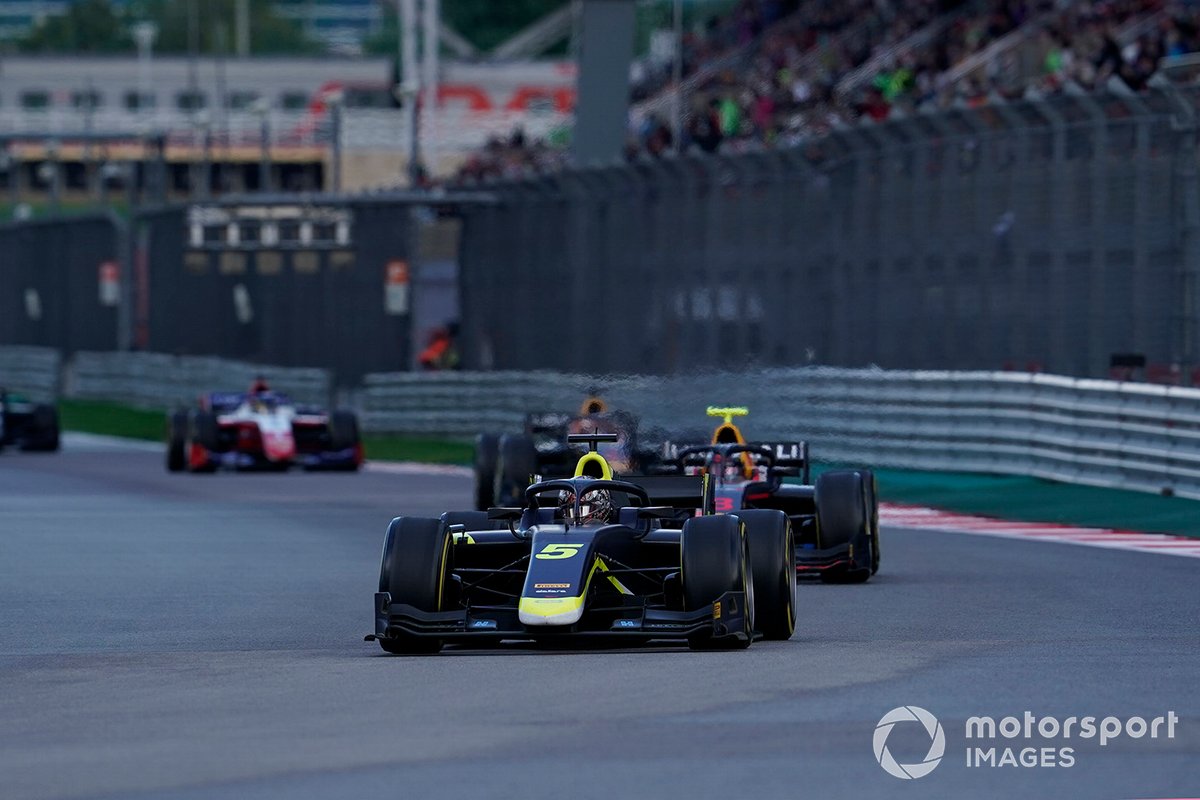 Reflecting on his second F2 win of the season, Ticktum admitted it was one of the "scariest" races he's ever driven given the damp conditions and decision to run on slick tyres.

"The more time I think about it, I'm pretty happy I didn't put a foot wrong," he added.

"It was a lot about car control and especially with the VSCs when the tyres go off a bit and you don't know how much to push.

"It was probably one of the scariest races I think I have done. I remember a race on slicks in the rain all the way back in 2011 in karting I won by about 12 seconds.

"At the beginning of the race there wasn't a full dry line and especially being the lead car there was lot to think about.

"It is sweet there is no doubt about that. Obviously any racing driver in any category wants to win. Whilst it is lovely to win on the day it doesn't mean that much as I don't know where I'm going to be next year. I'm happy to win but it is a bittersweet."