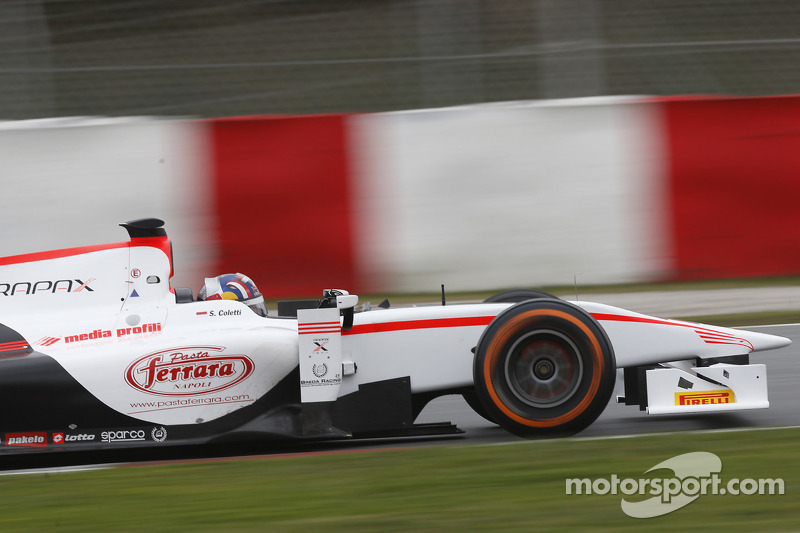 Robin Frijns was the first man to dip under 1m30s, but Felipe Nasr went quickest until Stefano Coletti set a laptime of 1:29.868 and claimed the top spot until the chequered flag.

Stefano Coletti started his three-day test session in the best possible way, topping the timesheets in the afternoon session and on a drying track. James Calado was quickest in a wet morning session.

A short few days following the end of the first GP2 Series pre-season test session in Jerez, the paddock remained in Spain, but relocated to Barcelona for the second and final testing days before the eighth season starts in Malaysia later this month.

The conditions could not have been more miserable as the session opened this morning at Circuit de Catalunya with heavy rain and strong winds sweeping over the track. 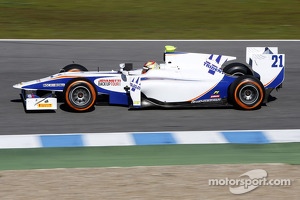 Simon Trummer was the first driver to test the track conditions, but after thirty minutes of running, only four drivers had set a laptime, Daniel De Jong topping the timesheets.

The proceedings were halted twice in the first hour, first when Rio Haryanto clipped the barrier at turn 2 and then when Kevin Giovesi stopped at turn 8.

Halfway through the session, Tom Dillmann went top for newcomers RUSSIAN TIME, but Calado also improved and edged the Frenchman out with a laptime of 1:50.928.

De Jong moved up to P2 but remained 1.4s slower than the Brit. With six minutes left on the clock, a final red flag stopped the session when Rodolfo Gonzalez and Ma Qing Hua simultaneously went off track at turns 7 and 12 respectively. 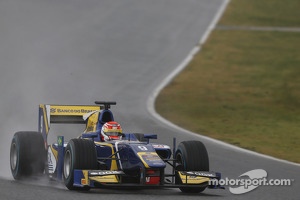 The rain eventually bowed out and the afternoon session opened under grey skies. In drying conditions, the laptimes dropped significantly and it was finally time for everyone to tap into their stock of hard compounds.

Dillmann and teammate Luciano Bacheta were the first ones to venture out on track on slicks and were rewarded with P1 and P2, the Frenchman ahead of the Brit.

Frijns also improved and took control of the timesheets, but his best laptime was first bettered by Coletti who was then nudged out by De Jong with a laptime of 1:30.558.

The final hour of the day saw the drivers constantly improving their personal best and in the dying minutes, Frijns was the first man to dip under 1m30s, but Nasr went quickest until Coletti set a laptime of 1:29.868 and claimed the top spot until the chequered flag.

Tomorrow’s session will start at 9am local time where more rain is expected.

Russian team gets entry for the series in 2013