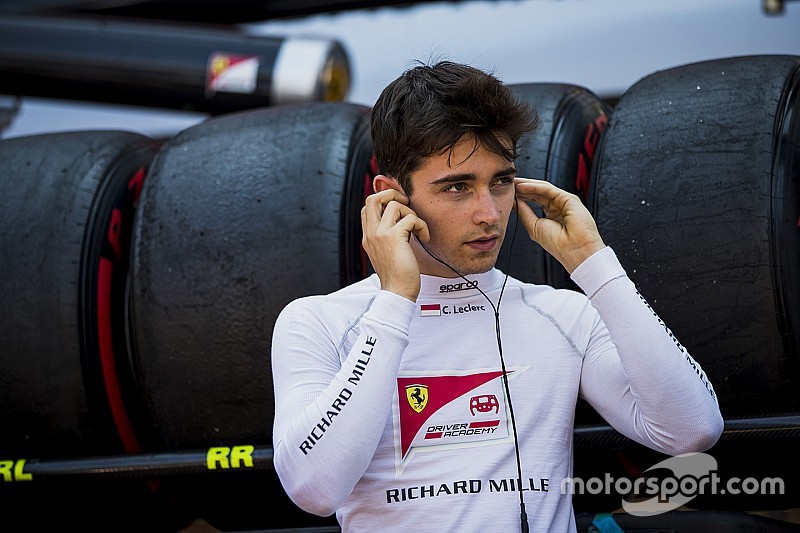 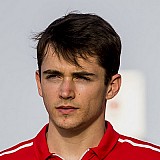 In his latest Motorsport.com column, Prema Formula 2 star Charles Leclerc recounts a Monaco weekend that ended in the disappointment of losing what had seemed a near-certain home victory.

The way the Monaco F2 weekend unfolded for us was hugely disappointing and very hard to take. It was going unexpectedly well, until it went all wrong in the feature race with the mechanical failure.

It would've been a huge shame at any track, but at home it hurts even more. But I am very thankful for the support I felt this past weekend, and, in bad times as well as in good times, it's always nice to see that people are rooting for you and cheering you on.

While it was a negative result – we took away just the four points for pole – the speed was really good, especially in race trim. Prema and myself can be very positive about the work we'd done.

Even though the outcome was so very disappointing, it was amazing to be racing on the streets where I grew up. The track is fantastic and, once you find your rhythm, pushing all out for a qualifying lap around there feels great, it feels like no other place.

I love street circuits in general and this one's at the top of the list. There are feelings here that I definitely won't feel at any other track in the world, because this is home.

Since it's a street track, and a track I've never raced on, I asked the team not to change the car since the beginning of Thursday. I definitely think that in these street tracks it's more about taking the rhythm of the circuit and doing a good lap, which is a lot more important than anything else.

And I wanted to do as many laps as possible because there was more time to gain from myself than from the car.

So topping practice was a surprise, as was taking pole. We were in the first group and I think the second group usually goes faster here because there's more rubber on track, but my lap was good enough.

But it wasn't all smooth. During qualifying, I'd stalled in the pitlane because it was nearly impossible to manage the clutch – and the problem was still there for the opening race.

As a result, I got a little bit too angry on the radio before the start. I remember watching the footage afterwards, hearing the beeps for the curse words and thinking I needed be more careful, because, yes, it was an issue, but it wasn't really anybody's fault.

Given the problem, I just went flat out at the start, had a lot of wheelspin, but kept the lead, which was crucial for Monaco.

At the first safety car, Alex Albon, who was running on the same prime-option strategy as I was, decided to make his stop. He rejoined in seventh, which wasn't very far back, so in the moment I thought that we made a mistake not to pit.

I was told to push. I didn't know if I could pull away from the pack, but after the restart the gap was growing very fast, getting bigger and bigger. The pace was very encouraging, sometimes six or seven tenths a lap quicker than the rest.

We were quite unlucky in the second safety car, it was a bit of a mess. We reacted immediately to the crash, pitting, I think, even before the safety car was out – and Oliver Rowland and two other drivers behind me did not.

They weren't picked up by the safety car and were allowed to go fast for the rest of the lap. But I was stuck behind it after my stop.

I then lost time because I hesitated to react to the green light and pass the safety car – that's on me and I'll work to be a bit more prepared in terms of the regulations. But it was also just difficult to overtake it, on cold tyres, in a twisty part of the track, and I would've lost ground anyway.

If the safety car had picked up the three others, they would've ended up much lower down in the end. It went wrong for us instead but that's Monaco, it's a little bit of a gamble, a little bit of casino every time. And it wouldn't have changed much anyway.

After the pitstop, the left-front wheel was moving around as if it wasn't attached correctly, meaning we had to pit again and then retire.

It was the camber shims that broke – I didn't hit the wall in the race or anything, but we think the detail was fragile and, while the pitstop was a normal one, the shock of removing a tyre and fitting a new one could've been sufficient for the failure.

We knew our weekend was finished at that point. It's Monaco and there's no pitstops in the sprint races so, no matter how fast we were, there weren't going to be any miracles starting from so far back.

I wasn't going to take huge risks in the sprint race, but I did try my best to pass as many cars as possible, maybe get into the top 10 and try to do the fastest lap to salvage some points.

I watched some Monaco races and I saw that Rascasse was the best place to overtake, so I used that spot every time.

I got past three cars, but when I tried to get past my friend Norman Nato, it didn't really work out and we collided. I think he didn't see me but I also did try to come from quite far back. I went over to him afterwards and there's no hard feelings.

After all of that, Prema and myself are very happy to be leading the points still, as it shows that our start to the season has, in general, been amazing. But we need to get our heads down and try to pull out a gap again, because Oliver is very fast and so are many of the others.

Next up is Baku. I saw last year's GP2 Baku races, which became quite messy with the safety car restarts. Hopefully we'll avoid that this time, as the track itself looks great – a city circuit where you can overtake a lot, where I think the racing will be good.

The Prema car was very strong here last year, maybe their best weekend of 2016. Antonio Giovinazzi especially, he was unbelievably fast, going last to first in the sprint race. I think the team has good data from Baku, and I will work hard to try to be at my best as soon as we get there.