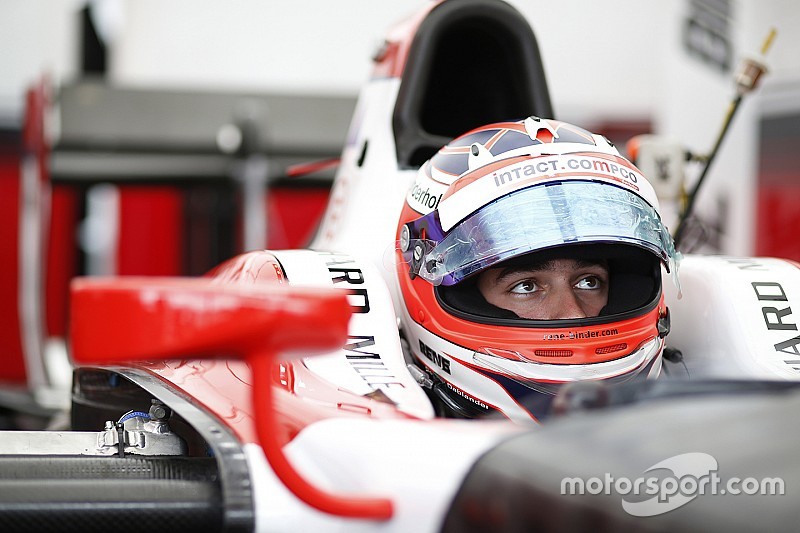 Rene Binder will join Carlin Racing for this weekend's GP2 round at Hockenheim, replacing Sergio Canamasas.

Austrian driver Binder, 24, competes in Formula V8 3.5 full-time in 2016 with Lotus and currently sits fifth in the standings.

He has three prior seasons of GP2 racing behind his belt and already made a one-off return appearance in the category this year, replacing the suspended Nobuharu Matsushita at ART for Spielberg.

"Hockenheim has always been one of my favourite circuits so I want to thank Trevor Carlin for this great opportunity to race his car in Germany this weekend," Binder said.

"I look forward to racing and hope that we can get some good points together. Looking back to my last guest GP2 start in Spielberg, I have unfinished business.

"However, all in all my season so far is going well, given the four podiums that I have achieved in Formula V8 3.5. I feel in good shape and just want to make the best of it."

The Spaniard had been a late confirmation for Carlin before the start of the season, and had scored 14 points to teammate Kirchhofer's 19.

Evans: "I haven't paid a single dollar" since first year of GP2