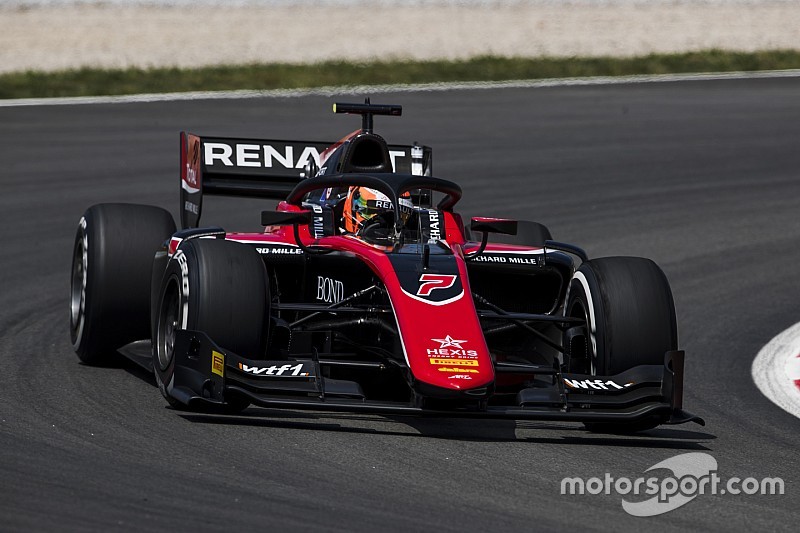 Aitken was dominant in the early stages - he moved into the lead off the line, and led Sergio Sette Camara by 3.3s in one lap.

He benefited from a well-timed VSC, caused by Nyck de Vries spinning and stopping at T10, to increase his lead to over 10 seconds.

However, soon after it was back to green, Nirei Fukuzumi took Tadasuke Makino out at Turn 4, bringing out the safety car and diminished Aitken's lead.

He had a good restart to lead from Alex Albon, who had previously inherited second when Sette Camara ran wide at Turn 10, but Aitken made a small mistake at Turn 5 and narrowly managed to hold on to first place.

Seemingly unfazed by his error, Aitken was able to pull away from Albon to lead by over two seconds.

Sette Camara and Ralph Boschung both stopping on track due to a mechanical problem and a puncture respectively prompted two more VSC periods.

However, they did not have a significant effect on Aitken's lead and, while Albon closed the gap down to 1.5s right before the finish, the ART driver took the chequered flag first.

Lando Norris was close behind Albon initially but lost around two seconds in the second VSC restart and was never able to fully recover and settled for third.

Nicholas Latifi was under massive pressure from Artem Markelov for the final point-scoring position, but the Canadian held on eighth. Louis Deletraz finished 10th.