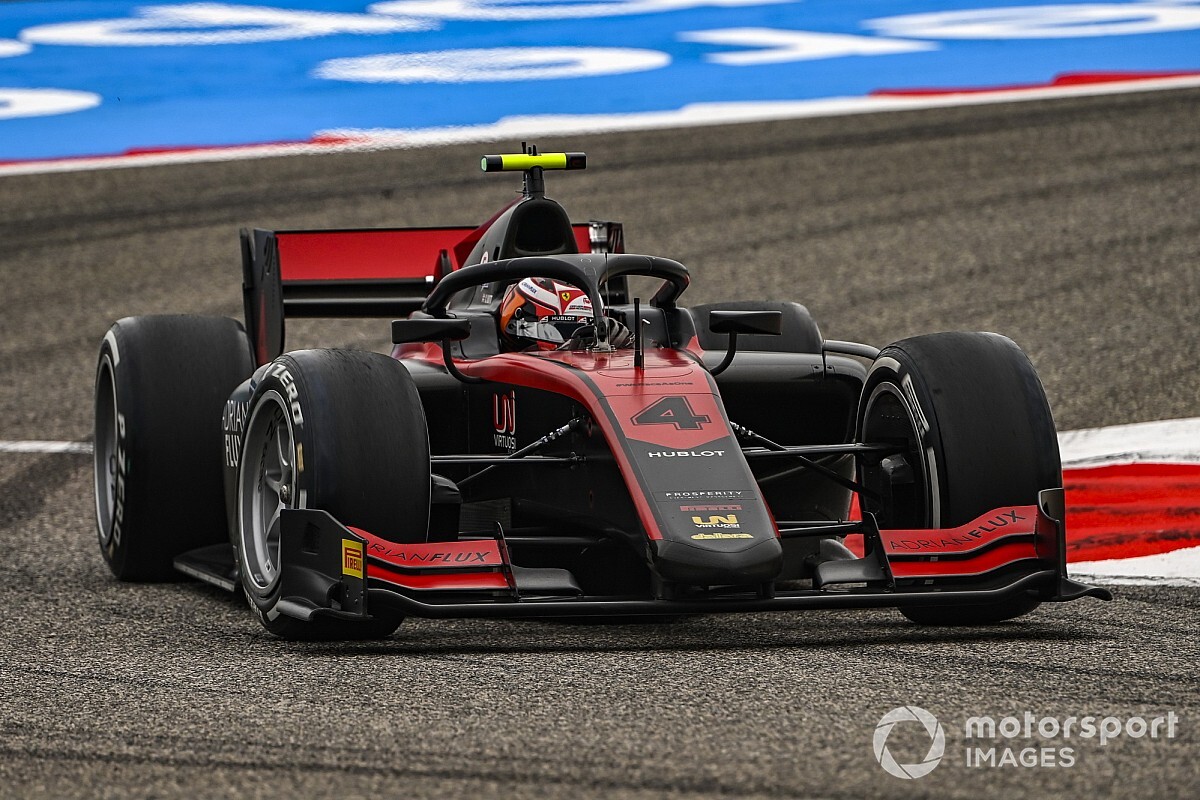 Ilott set an absolute flier at the wheel of his Virtuosi Racing car on his first push lap, and this was never approached by anybody else, meaning he has narrowed the gap from 22 points to 18 against series leader Schumacher, who will line up for Saturday’s race in 10th position.

Ilott was over half a second clear of his closest rival, ART Grand Prix-run Ferrari protege Marcus Armstrong, on the first push laps.

The Briton then locked up at Turn 1 and ran wide on his second attempt at a quick time, as Felipe Drugovich improved to move his MP Motorsport car up to second.

None of the top five runners – Ilott, Drugovich, Dan Ticktum, Armstrong and Guanyu Zhou – improved on their second sets of medium-compound ‘option’ Pirellis, with a change of wind conditions suspected.

Even so, Drugovich was on a hot lap when he encountered Nikita Mazepin, and had to go around the Russian at Turn 8.

The Brazilian set a purple final sector, but had lost 0.6 seconds to Ilott in the middle sector in which he had overtaken Mazepin, and 0.4s to his own best in that sector.

This meant that Ilott finished the session 0.391s clear of Drugovich.

Williams-supported DAMS driver Ticktum went third on his second push lap on his first set of tyres, while Armstrong, like Ilott, never improved on his opening gambit and will start fourth.

It was the same story for Ilott’s Virtuosi teammate, Renault F1 Junior Guanyu Zhou, who lines up fifth.

The next batch of drivers all went quicker on their second sets of tyres, and it was Giuliano Alesi who headed them to make it two MP cars in the top six.

Alesi then pulled off the track at the exit of Turn 4 with a mechanical failure, gesticulating furiously to marshals to use their fire extinguishers, and this brought out a session-terminating red flag with just over one minute remaining, meaning most of the field didn’t complete their final attempts at a hot lap.

Mazepin, without a representative time on his first set of Pirellis due to a track-limits offence, bounced his way up to seventh in his Hitech Grand Prix car, while Red Bull Junior Jehan Daruvala qualified eighth for Carlin.

ART’s Renault F1 prospect Christian Lundgaard took ninth, so will share the fifth row with Prema Racing man Schumacher, who never featured but improved from 12th to 10th on the second runs.

Right at the back of the grid will be Carlin’s Red Bull and Honda junior Yuki Tsunoda.

The Japanese was on a storming first push lap that looked set to put him second to Ilott based on his first two sector times, but got into a wicked slide through the flat-out Turn 12 that ran him out wide onto the kerb under braking for Turn 13, where he spun and stalled.

Tsunoda tried to get the car going, but to no avail and the session was red-flagged while he was retrieved from the middle of the track.