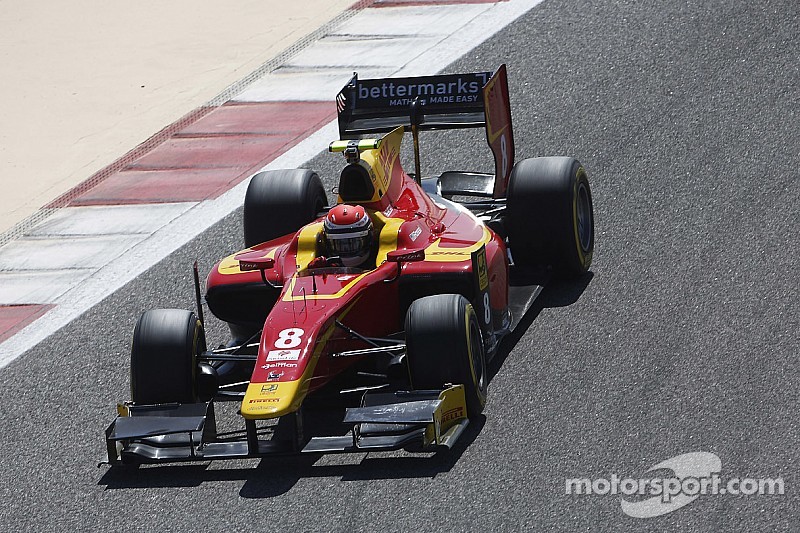 Bahrain International Circuit was the backdrop for the final pre-season GP2 Series test, with all teams attending the three day session ahead of the first race of the season. Alexander Rossi completed a strong and positive second test with Racing Engineering, and the three days showcased the strength of the series, with the top drivers just tenths of a second apart, and highlighted the calibre of teams competing in the 2015 season.

The first morning session was met with high temperatures and a dusty track, and saw most teams utilising the time to develop the set up of their cars rather than place indicative performance times. Alexander completed ten laps with a best time of 1:42.801s which placed him in P8 by lunchtime. Throughout the afternoon, temperatures continued to rise, however with a far cleaner track lap times began to tumble, becoming approximately one second faster than the morning's session. Alexander finished his first day in Bahrain just seven tenths slower than the overall quickest time of the day with 1:42.201s and completed a tally of twenty productive laps.

All in all, it has been a very positive and successful three days...

Following an overnight sandstorm the start of the second day's testing was delayed by one hour, due to the circuit and pit lane requiring cleaning before the cars were able to take to the track. Alexander immediately set the pace in the opening hour and then, as the track became quicker once again, turned his attention to developing the car with the team and looking at longer runs. Alexander was once again quickest in the early stages of the afternoon, before turning his focus to completing the run programmes set. He finished the day with a best lap time of 1:41.341s on the prime tyres, while other teams switched to the soft compound tyres in the final minutes of day two. Overall, Alexander's time was the second quickest for prime tyres during the whole three day testing session and was a very positive result.

The weather continued to stay dry and hot for Friday's morning session and, with the temperatures forecast to rise, most teams took the opportunity to set fast laps on the Pirelli soft compound tyre before running race simulations when it became too hot. Once again Alexander was amongst the fastest runners and finished the morning in 4th with a time of 1:39.715s - the top five of which were within eight one hundredths of each other and, with drivers representing five different teams, showcasing the closeness in competition this season. The final session of the three days saw most of the teams, including Alexander and Racing Engineering, concentrate on race simulations and exploration of the management of tyre degradation. This saw Alexander complete the day with a best lap time of 1:45.565s after no less than 58 laps, more than any other driver.

The Racing Engineering team will now concentrate on preparing their cars for the first round of the 2015 GP2 Series which will be held back in Bahrain from the 17th to the 19th of April.

Thomas Lassus, Race Engineer: "I think the three days have been very productive because we have tested a lot of things on both cars and we have learnt a lot. We now know what is working and what is not and we understand why, therefore we have been putting it all together on the last morning and we have had both drivers in the top ten and getting a lot from their option tyres. It is always difficult in Bahrain with tyre degradation but I think we have been progressing positively and we are adapting our race setups to our 2015 drivers which has been going well. It is good to see we are performing with both cars and we will be aiming to score a lot of points every weekend with both drivers which is important for the Team Championship."

Alexander Rossi: "It has been a very positive test with different variables, including the weather! By the morning of the third day we were able to be in the top five consistently and at the sharp end of the grid, which is a great result and shows the development and progress we have made. The team did a great job with the qualifying set up and race simulation, and we were able to complete our run programmes successfully throughout the sessions, putting us in good shape for the first race back here in Bahrain. All in all, it has been a very positive and successful three days and I'm really looking forward to the first race weekend, starting on the 17th April.”