Toro Rosso recruit Albon had to "beg" DAMS for 2018 seat

Albon’s outstanding year in F2 yielded three pole positions, four wins and eight podiums to take third in the standings off the back of a poor season with ART Grand Prix in the same championship the previous year.

Despite his early successes, Albon competed in the first three rounds of the year on a race-by-race deal, only confirming his seat for the full campaign after the Barcelona event.

His performances impressed the DAMS outfit enough to give him a deal for its Formula E program run in conjunction with Nissan for 2019, but Red Bull stepped in to poach Albon to replace Brendon Hartley in its Toro Rosso F1 team.

“I remember January/February, on the phone to Francois [Sicard] literally begging to have the seat for this year and I didn’t have the money for it, and he put me in it anyway," Albon said.

“From then on it was always about proving a point and staying in the championship.

“It’s been a big rollercoaster. To end with third, disappointed as I think we deserved to finish second.

“I’m happy with this year, it’s all down to DAMS.

“I believe GP3 was my true pace [second to Charles Leclerc in 2016], F2 last year for different reasons things didn’t go as planned [10th with ART]. This year was a continuation of 2016.”

Albon established himself as a title contender right from the start of the year, taking three pole positions in a row at Baku, Barcelona and Monaco.

“The three poles in a row were really cool for me,” he added. “It stood out to me, raw pace-wise we were really strong.

“It faded out a bit towards the end of the year.

“The first feature race win in F2 was another highlight, in Baku. It wasn’t a normal win but to come out in front was mega.” 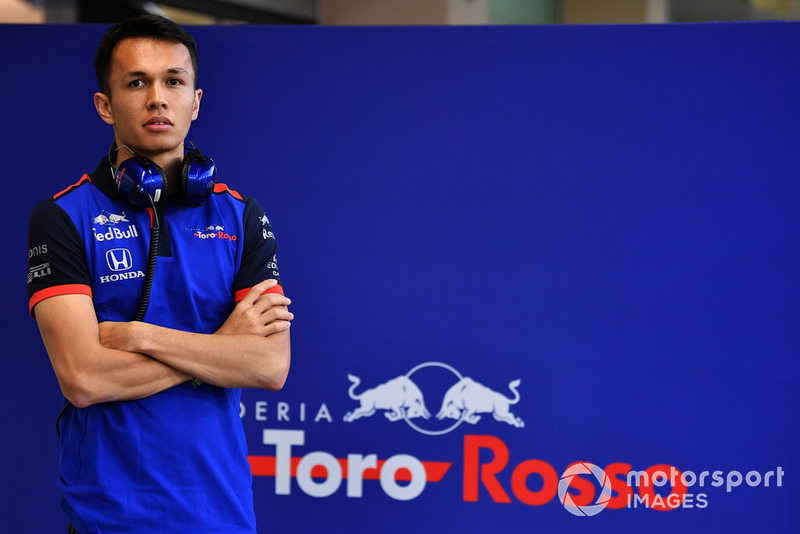 Perez impressed by Albon’s openness since replacing him